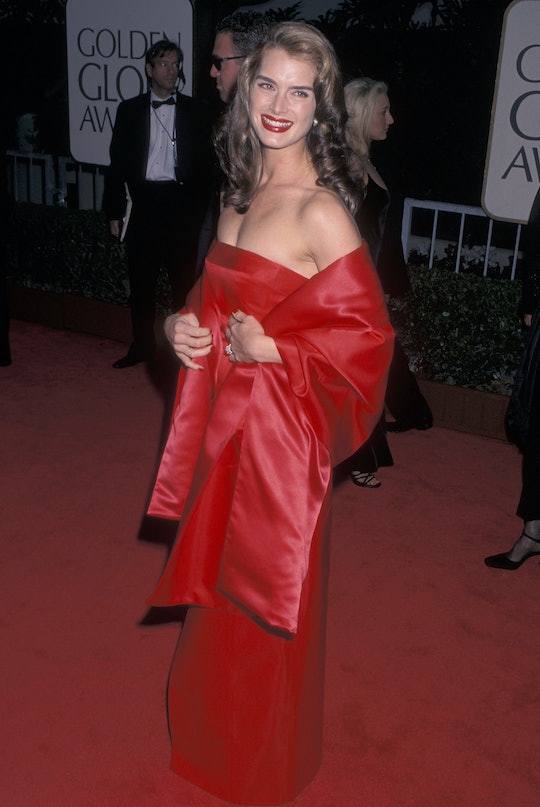 “Nothing could have prepared me to see my daughter wearing it to her prom.”

The stunning red strapless gown actress Brooke Shields wore to the 1998 Golden Globe Awards is getting a second life, this time with her teenage daughter. Shields’ daughter Rowan Francis Henchy recently wore her mom’s Golden Globe gown to her high school prom, proving that some fashions are always in style.

“I thought it was a special night when I was nominated for a Golden Globe and wore this dress in 1998,” Shields wrote when sharing a few photographs of her 18-year-old daughter Rowan wearing the gown for her high school prom on Instagram. “But nothing could have prepared me to see my daughter wearing it to her prom.”

The actress added she was a “proud mama” watching her daughter rock the dress she’d worn to the 55th annual Golden Globe Awards some 23 years earlier — making the dress actually older than Rowan herself. At the time, Shields, now 56, had been nominated for Best Actress in a Television Series Musical or Comedy for her work in the NBC sitcom Suddenly Susan. She wore the red, strapless, column-shaped evening gown with a matching red wrap.

Shields shares two daughters — 18-year-old Rowan and 15-year-old Grier Hammond Henchy — with her husband of 20 years, Chris Henchy. According to Us Weekly, Shields and Henchy were married in a surprise ceremony on Catalina Island in 2001. The couple had invited friends and family to a dinner at the Ritz-Carlton Hotel in Dana Point, California, but then surprised them with a trip out to Catalina Island, where they were in for an additional surprise.

Shields and Henchy welcomed their first daughter together in 2003. Following Rowan’s birth, Shields, then 38, was candid about her struggle to conceive and with postpartum depression after actor Tom Cruise publicly criticized her for taking anti-depressants.

Shields later detailed her full experience with postpartum depression in her memoir, Down Came the Rain. Three years after Rowan was born, Shields gave birth to her and Henchy’s second daughter. Despite her struggle with postpartum depression, Shields has said there’s nothing she loves more than being Rowan and Greir’s mom, meaning she’s likely more than happy to see her daughters raid her closet.