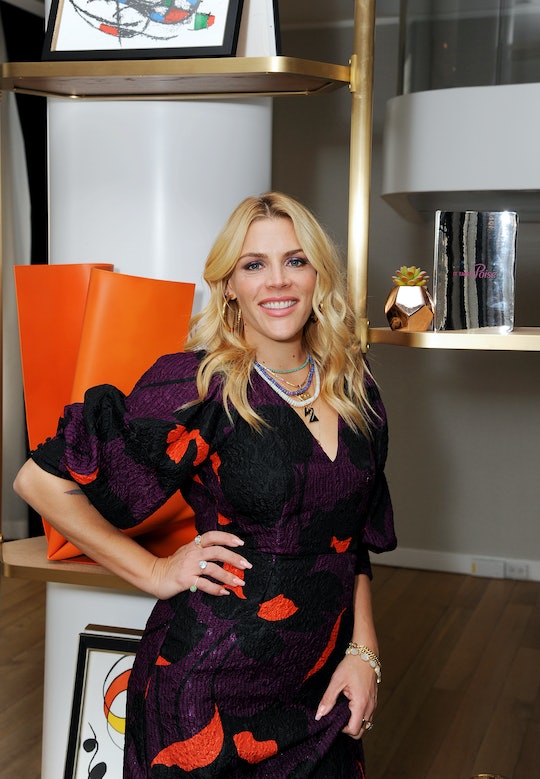 The proud mom is standing behind her eldest child.

Following the holiday season, actress Busy Phillips opened up about a powerful conversation that she had with her oldest child and the messages that the two took away from it. While speaking on her podcast, Phillips revealed that 12-year-old Birdie is gay and prefers they/them pronouns. At first unsure about how to share their truth while still allowing Birdie to be in control of their own narrative, Phillips waited for the green light from Birdie to discuss the topic publicly.

On the latest episode of her podcast, Busy Philipps Is Doing Her Best, the proud mom shared the conversation. "So Birdie, my out kid, prefers they/them," she said. "I f**k up sometimes, but I'm trying my best at that too," referencing the title of her podcast.

She went on to explain that their was more than one emotional moment shared between mother and child over the holidays. After watching the new Pixar film, Soul, together, Phillips said she found Birdie in their dark room, listening to listening to Harry Styles' song "Fine Line" on repeat.

"I had a real flash of myself as a preteen/teenager. So I laid down on the floor as well and I was like, 'Are you alright? Do you want to talk about anything?'" Philipps said. "And Birdie said, 'It's just, I feel like I'm alive but I'm not really living? You know? And I just want the living part to start.' And I got really emotional because I said, 'First off, welcome to being my daughter, but I want to say this to you because I wish someone had said this to me. This is living. You can't wait for it to start.'"

Phillips described the conversation between herself and Birdie as "pretty intense," and admitted that she has been having a bit of a hard time using Birdie's preferred pronouns in public.

"I said, you know Bird, I've been doing a bad job with the pronouns because Birdie said that they would like their pronouns to be they/them and I haven't been doing it because I have this public persona and I want Birdie to be in control of their own narrative and not have to answer to anybody outside of our friends and family if they don't want to," Philipps explained. "And then Bird was like, 'I don't give a f**k. You can talk about that I'm gay and out. You can talk about my pronouns. That would be cool with me. That's great."

So now that Birdie has shared their desire for transparency, Phillips is setting the record straight on how to refer to her oldest child. In an Instagram post from earlier this year, Phillips explained that she always asks their permission to post photos to social media and show's them everything she writes prior to sharing — so it's not a surprise that she was waiting for Birdie's consent to share their pronouns.

The pair also discussed the importance of not setting your life by someone else's clock, and remaining in the moment rather than waiting for the future to begin to tell your story.

"I said to [them], 'The other thing I want to tell you that I wish I had known was you get to build your life however the f**k you want to and it doesn't have to look like anything you've ever seen or anything that's ever been modeled for you because maybe it doesn't exist," Philipps said. "You get to choose what will make you feel fulfilled and happy. It doesn't have to be any of these constructs that we've all been fed our entire lives. This is a different world that you get to f**king build."

Many parents can likely sympathize with Phillips' feelings of inadequacy and concern over letting her child down, but it sounds like she and Birdie have a pretty open line of communication. As parents, it's important to own your mistakes and be sure that your kids know you're trying. Kudos to Phillips for doing just that and congratulations to Birdie for sharing their truth.