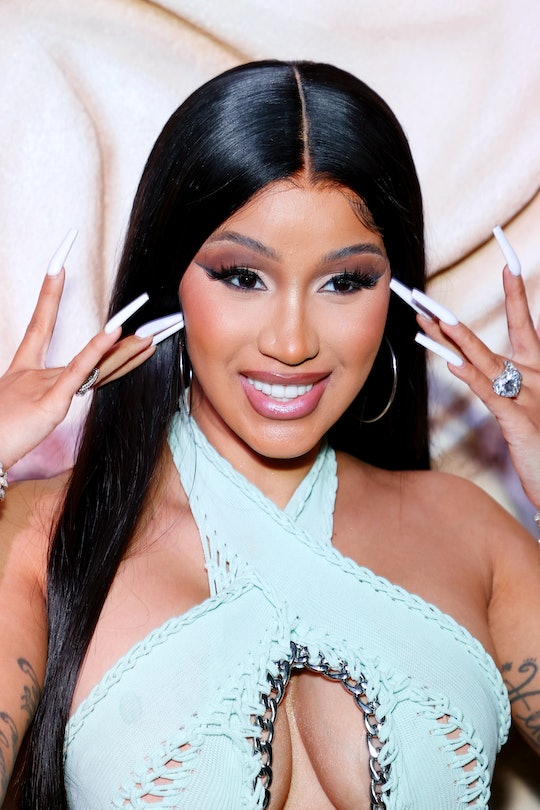 Cardi B may not care what people have to say about her, but she will not tolerate hate directed towards her infant son, her 3-year-old daughter Kulture, or her husband Offset. The rapper decided not to attend last night’s Grammy Awards in Las Vegas, for which she was nominated for Best Rap Performance for “Up,” and some of her fans decided to take it out on her family.

Before deactivating her Twitter account last night, Cardi B posted about her disappointment with the way people were talking about her family all because she skipped the awards show. In an Instagram Live, according to E! News, she said, “Why would I go to the awards for? Do I have any new music? Why would I show up with one nomination?” She also said that the fans attacking her family “really piss the f*ck out of me.”

“If you bring up my son, I hate you. I wish the worst on you,” Cardi B added.

Some fans were expecting Cardi B to be there and were noticeably upset about her absence. However, Cardi B denied that she ever said she would attend in a series of now-deleted Tweets.

“I’m deleting my twitter but On God I hate this f*ckin dumb*ss fan base,” she wrote on Twitter, according to Billboard. “You got the slow dumb***es dragging my kids all cause y’all though I was going to the Grammys and I didn’t the f*ck? When the f*ck I hinted I was going ?just f*ckin stupid I can’t I needs to protect myself.”

After going back and forth with fans, she added, “Y’all so f*ckin dumb I really don’t like y’all.” Her Twitter and Instagram accounts have been deleted, as it appears Cardi B is taking a break from social media to escape the harassment.

Cardi B has been nominated for nine Grammy Awards throughout her career. Invasion of Privacy won Best Rap Album in 2019, making her the first female solo artist to win the award.

But instead of focusing on the past, Cardi B is looking to the future. She explained that she skipped the Grammys because she’s working on new music. “I gotta prep today and I gotta prep tomorrow. So Tuesday, I'm going far away and f*cking finish the motherf*cking album,” she reportedly said in her Instagram Live.

Regardless of why she skipped the Grammys, nobody should have been attacking Cardi B or her kids. Giving someone and their family hate online is never a good look.