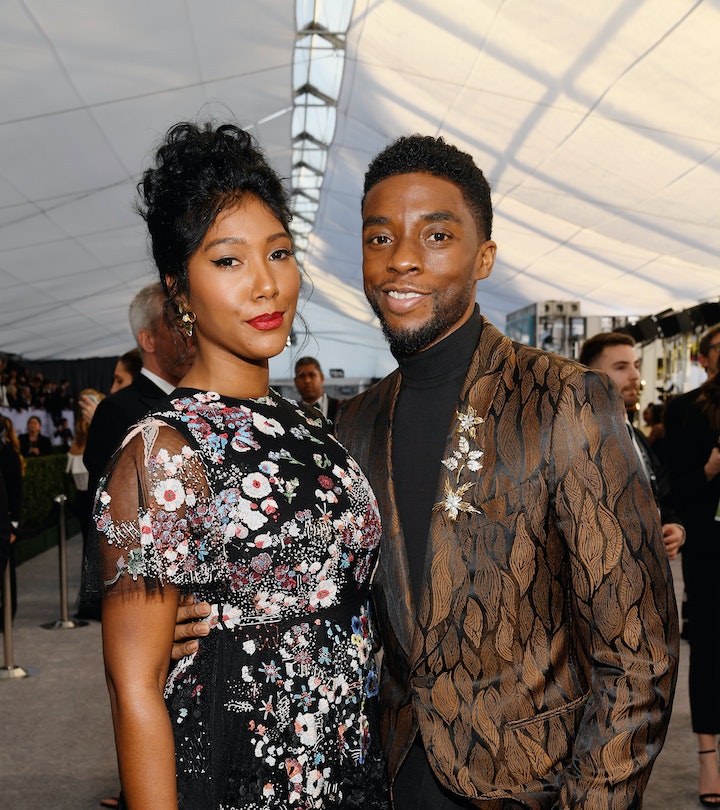 After he won a posthumous award for Best Actor in a Motion Picture — Drama, Chadwick Boseman's wife gave a powerful tribute at the 2021 Golden Globes that beautifully honored her late husband and brought viewers to tears.

Boseman died in August at 43 following a four-year battle with colon cancer. The actor passed with his family and wife by his side, and Ledward got the chance to speak about her husband at the 2021 Golden Globe Awards. She honored him by talking about how he would accept the award for his role in Ma Rainey's Black Bottom.

"I don't have his words," Ledward said. "But we have to take all the moments to celebrate those we love."

Ledward previously accepted an award for her husband at the 2021 Gotham Awards in January, where she spoke about his character, according to TODAY. "He is the most honest person I've ever met," she said. "Because he didn't stop himself from speaking his truth, he actively searched for it in himself, in those around him, and in the moment. The truth can be a very easy thing for the self to avoid, but if one does not live in truth, then it's impossible to live in line with a divine purpose."

Ledward once again spoke her late husband's truth at the Golden Globe Awards on Sunday night and she did it so beautifully.