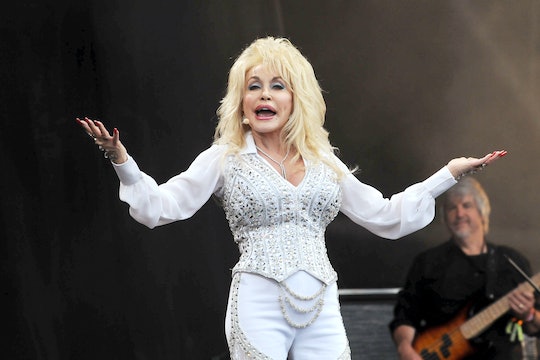 Dolly Parton Opens Up About Her Decision To Not Have Kids

In a new interview with Oprah Winfrey, it was revealed that Dolly Parton's decision to not have kids was inspired by her faith and independence. The 70-year-old singer opened up about her choices during an episode of Apple TV+'s The Oprah Conversation, noting that she focused on her career instead of having kids.

"I didn't have children because I believed that God didn't mean for me to have kids so everybody's kids could be mine, so I could do things like Imagination Library, because if I hadn't had the freedom to work, I wouldn't have done all the things I have done," she said, according to People. "I wouldn't be in a position to do all the things I'm doing now."

The "Jolene" singer launched Dolly Parton's Imagination Library — a service which gifts free books to kids each month from birth until they reach grade school — in 1995. Over 1 million kids from all income levels from all over the world have received over 100 million books since the program's launch. Parton's other numerous contributions and accomplishments include a countless number of awards for her music, programs for Netflix, and an upcoming Christmas special on CBS this year.

Parton noted that her husband of 54 years, Carl Thomas Dean, is "pretty independent" (and also very private) which allowed her to have freedom to do so much in her career. "So I think a big part of my whole success is the fact that I was free to work," she told Winfrey.

This isn't the first time that Parton has opened up about her decision to not have kids. In a 2014 interview with Billboard, the singer told the magazine that she does not regret staying childless although she thought she should have regretted it. "Early on, when my husband and I were dating, and then we got married, we just assumed we would have kids," she said. "We weren't doing anything to stop it. In fact, we thought maybe we would. We even had names if we did, but it didn't turn out that way. Now I say, 'God didn't mean for me to have kids so everybody's kids could be mine.'"

While Parton admitted to Winfrey that she has made sacrifices, she's happy with how her life has taken her and where her more than 50 year career has gone. "I've made sacrifices, but I think, like I said, I believe I know what I'm supposed to do."

With all of Parton's accomplishments, it's no wonder that she is very happy with her life. "I do the best I can every day, and I'm going to enjoy my life," she told Oprah.com in 2014. "Some people work at being miserable. I work at being happy."