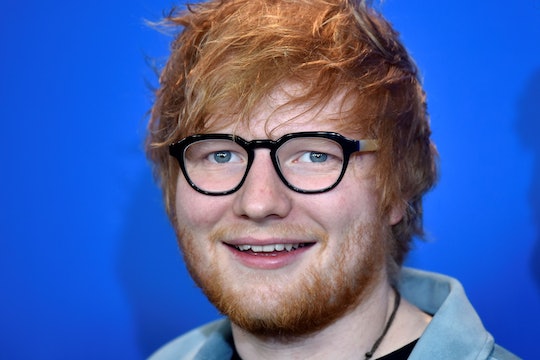 Ed Sheeran Reveals Why He Named His Daughter Lyra Antartica

Let’s just say, there probably won’t be another Lyra in the 10-month-old’s future classes.

It’s been nearly one year since Ed Sheeran welcomed his daughter, Lyra Antarctica, into the world with his wife, Cherry Seaborn. But while the singer is pretty private when it comes to his personal life, he did open up in a new interview about the meaning behind his daughter’s pretty and unique name.

There may be more than one Ed in the classroom, but there won’t be more than one Lyra Antarctica. At least, that’s what Sheeran said during an appearance on the British morning show, Lorraine, last week. “I realize some people think it’s quite a strange name,” he explained.

Sheeran and Seaborn welcomed their daughter in August 2020, announcing the happy news with a cozy Instagram post featuring two baby socks on top of a multi-colored blanket. Lyra is the first child for Sheeran and Seaborn, who have known each other since high school and have been married since 2018, according to The Sun.

When it came time to choose a name for their daughter, Sheeran explained on Lorraine that he likes how unique his wife’s name is and essentially wanted his daughter to have the same experience. “My wife’s called Cherry, and she is the only Cherry that I’ve ever met, and I think that she’s the only Cherry that she’s ever met, and I quite like that,” the “Bad Habits” singer said. “In my class at school, there were probably more Eds.” He added that they “just wanted to give her a name that was unique, so that she would be the only one.”

Lyra’s name also pays tribute to her dad’s profession, too. Lyra derives from the Greek word, lyre, which is a harp-like, string instrument. Antarctica, Sheeran explained, is after the continent that he and Seaborn visited in 2019. “I’ve basically toured every single continent but I’ve never been to Antarctica so that was always on our list,” the “Shape of You” singer said during his appearance on Lorraine. “So we went down there in 2019 and it was just incredible. The most amazing place on earth.”

While Sheeran has not shared any photos of Lyra publicly, he has recently opened up about being a dad and the ways it has changed his life in the past year. “It’s the best thing that’s ever happened to me,” he said in an interview with SiriusXM. “I think there’s so many different sides and shapes to it.”

“There’s difficult days; there’s amazing, easy days. It’s just a roller coaster of emotions. I know that sounds like a cliché thing to say, but it’s amazing. I love it.”