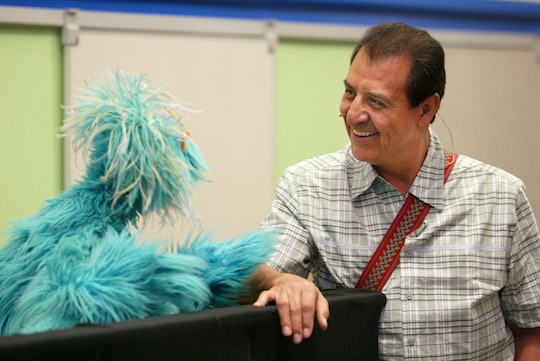 “His warmth and humor invited children to share a friendship that has echoed through generations.”

For more than 50 years, Sesame Street has been teaching children their numbers, letters, and all about the people in their neighborhood. But on March 10, one of our very favorite people in the neighborhood died. Emilio Delgado, best known for playing Sesame Street’s beloved Fix-It-Shop owner Luis, died at age 81 after a long illness.

“Sesame Workshop mourns the passing of Emilio Delgado, known the world over for his role as Luis on Sesame Street,” Sesame Workshop said in a statement. “A beloved member of the Sesame family for over 50 years, his warmth and humor invited children to share a friendship that has echoed through generations.”

The actor was born in Calexico, California before moving north to Glendale with his family. He joined the cast of Sesame Street as Luis in 1971, then only in its third season, and for 44 years, worked as the owner of the Fix-It Shop, repairing toasters, bicycles, and, yes, helping the neighborhoods assorted puppet residents with their questions. His courtship and wedding to Maria, played by Sonia Manzano, in Season 19 was national news.

In a press release from Sesame Workshop, the company points out that their on-screen relationship was so convincing that “for decades since, when fans saw them out and about with their actual spouses, Emilio Delgado and Sonia Manzano had a lot of explaining to do.” Delgado joked in an interview with his alma mater, CalArts, that it was just “terrific acting.”

Delgado took pride in the fact that Luis was not only a positive Mexican-American role model, bucking so many stereotypical media portrayals of Mexicans, but for holding “the record for the longest-running role for a Mexican-American in a TV series.”

In a 2011 interview with Famous Cast Words, Delgado described going out in public and encountering adult fans of the show who would “revert to 5 year olds,” and the humbling power of being a part of the lives of so many young people. In 2009, he and the rest of the cast of Sesame Street received a Daytime Emmys Lifetime Achievement Award.

Though Delgado is best known to generations as Luis, the actor wasn’t always found on Sesame Street. His career spanned television (House of Cards, several iterations of the Law and Order Franchise, Hawaii 5-0), stage (including Shakespeare, classic modern theater roles, and an updated adaptation of Don Quixote in 2018) and music (he regularly performed with the band Pink Martini).

A press release from the Sesame Workshop remembers Delgado for his “warm smile and gently soothing singing voice.” He is survived by his wife of more than 30 years, Carole, and his children Lauren and Aram.