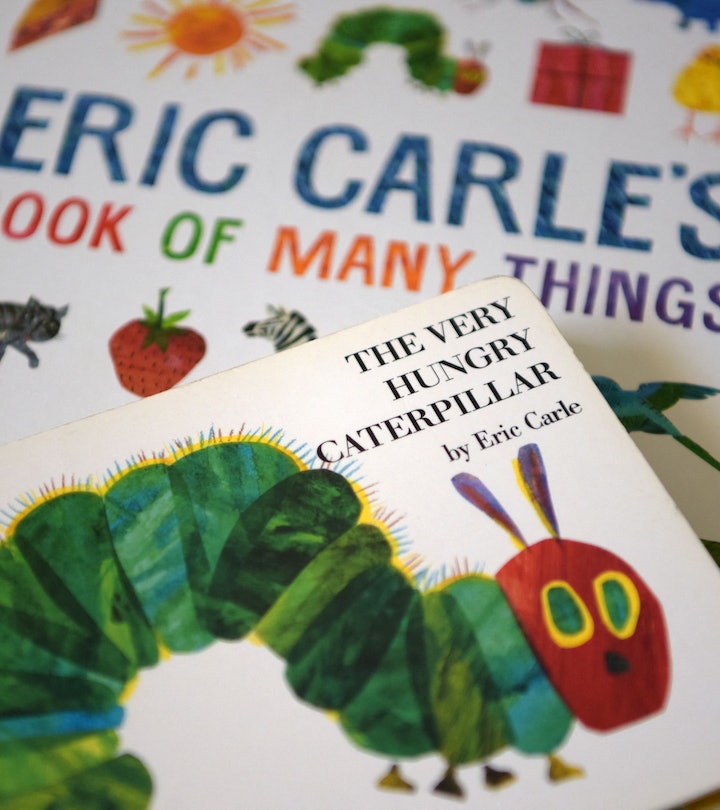 The author and illustrator passed away on May 23 at the age of 91.

Beloved children’s picture book creator Eric Carle has passed away at the age of 91. Over the course of his more than 50-year career as a picture book author and illustrator, Carle brought brightly colored collage-style animals and insects to life in imaginative books like The Very Hungry Caterpillar and The Grouchy Ladybug.

The artist and writer had “passed away peacefully and surrounded by family members” on May 23 while at his studio in Northampton, Massachusetts, a statement released Wednesday by Carle’s family read. “In the light of the moon, holding on to a good star, a painter of rainbows is now traveling across the night sky,” the Carle family said.

According to his website, Carle didn’t initially set out to become a picture book illustrator. In fact, that happened rather by chance after author Bill Martin Jr. saw an illustration of a lobster Carle had created for a medical advertisement in 1967. Martin reached out to Carle about collaborating on a book. In 1967, the pair published Brown Bear, Brown Bear, What Do You See?, a children’s picture book that draws connections between colors and objects.

Later that year, Carle published 1,2,3 to the Zoo, a picture book he wrote and illustrated all on his own. He went on to publish more than 70 children’s picture books, which have sold more than 170 million copies, according to the Eric Carle Museum.

But Carle’s best-known work is likely to be The Very Hungry Caterpillar, which was published in 1969 and has since been translated into more than 70 different languages. In a 2019 commemorative video for Penguin Kids, Carle said he felt the book continued to appeal to new generations of kids because it was about hope. “Children need hope,” he said. “You, little insignificant caterpillar, can grow up into a beautiful butterfly and fly into the world with your talent. Will I ever be able to do that? Yes, you will. I think that is the appeal of that book.”

Carle’s family said Wednesday that the artist had continued to create new drawings in his later days. “Eric was a true artist until the end — creating drawings as recently as this spring,” a statement from his family read. “Eric’s last drawing series, created in his final years, include several with ‘50 cents’ written onto the image. When asked about this choice, he said that ‘children should know they too can sell their artwork.’”

Carle is survived by his two children Rolf and Cirsten as well as his sister Christa Bareis and his sister-in-law Rita Wiseman.