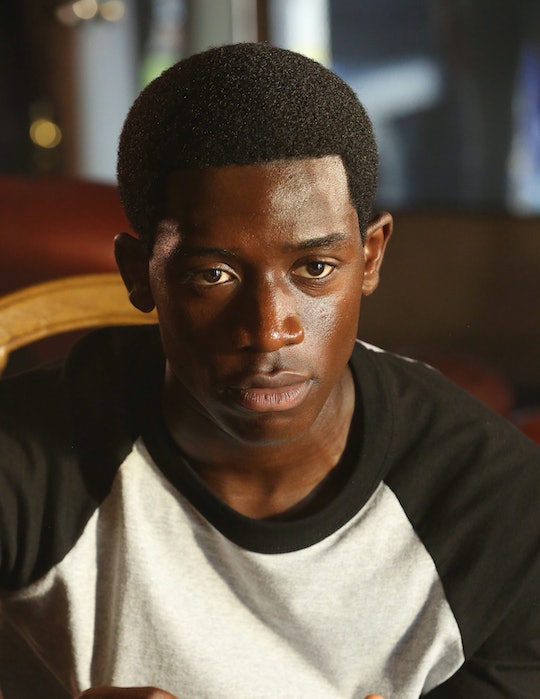 The FX series Snowfall delves into the crack cocaine epidemic of the 1980s in L.A.

In Season 1 of Snowfall on FX, 19-year-old Franklin Saint’s ambition gets him into a dangerous situation. Described as a "young street entrepreneur on a quest for power," Franklin gives the show one of its windows into the crack cocaine epidemic of the 1980s. As Franklin gets pulled deeper into the world of dealing, so does the audience, leaving many wondering if the Snowfall character is also a real person.

The short answer? He is not. But that doesn't mean Snowfall is without factual basis. Over the past four seasons, the show has used fictional characters to explore real events. And while Franklin's life diverges vastly from that of series creator John Singleton, one detail of Singleton's life did make it into Franklin's as well: both commuted out of the South Central neighborhoods they grew up in to attend school in the Valley, which gave them a different perspective.

"My life changed when I went to school in the Valley, when I was in eighth grade," Singleton told The Los Angeles Times in 2017. "It was the first time I went on the 405 freeway. They were rich in Encino, Tarzana. You see a different life. Everyone was changed by the crack problem in my neighborhood. I remember ice cream trucks and you realize the ice cream truck isn't selling ice cream, they're selling crack."

There may be touches of Singleton's experiences to add to the realism of the series, with The Hollywood Reporter writing that Singleton referred to Franklin's story as "kind of like my formative years" at an ATX Festival panel for the show. But Franklin's trajectory is very different. He starts off dealing weed to rich kids at school, but graduates to selling crack cocaine for the mob. Franklin seems to want a life as dissimilar to the one he has as possible, and sees dealing as a way out.

While Franklin may not be inspired by or based on a real person, Singleton did reveal that his name was borrowed from another fictional character: the only Black character from Peanuts. The surname Saint was intended as "dramatic irony," considering the direction Franklin's story goes.

Meanwhile, the actor who plays Franklin, Damson Idris, looked to specific American actors when crafting Franklin's accent, because Idris himself is British. "My hero is Denzel Washington, and then I looked at someone around a similar age to me who was American who is also an idol, Michael B. Jordan," Idris told Interview magazine in June 2017. "I studied them for the accent, and incorporated it and found it myself and with the character of Franklin."

Snowfall's Franklin Saint isn't a real person, but enough truth went into the character to make him feel real to audiences. You can watch all four seasons of Snowfall with a premium subscription on Hulu.

This article was originally published on July 5, 2017