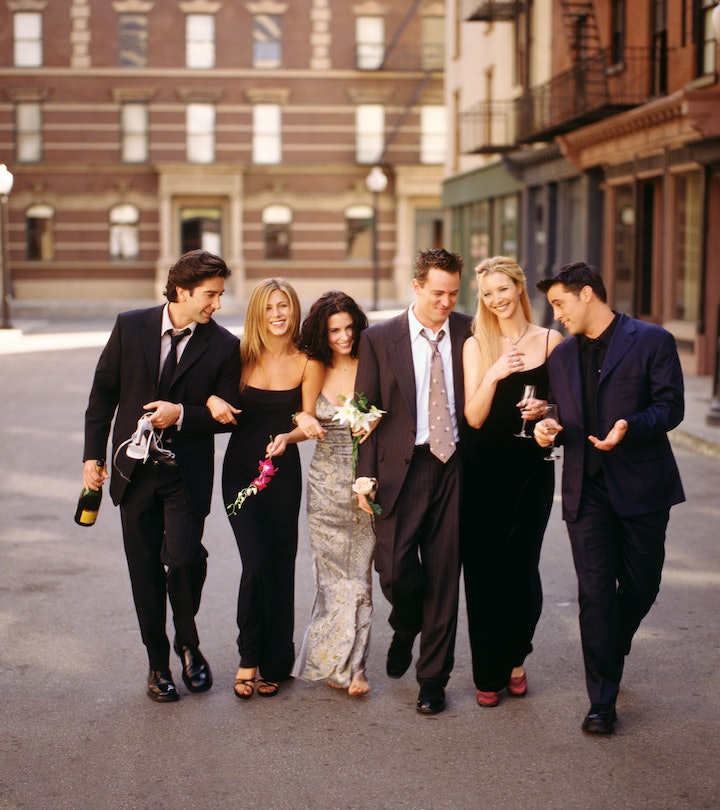 Everything There Is To Know About The Friends Reunion

After 17 long years, the gang will finally reunite later this month on HBO Max.

The wait is finally over. After more than a decade off the air, everybody’s favorite group of friends is finally returning to the small screen. Friends: The Reunion, or “The One Where They Get Back Together,” is set to hit HBO Max later in May. And although there’s still a lot we don’t know about the reunion special, more and more details have been released, including an emotional trailer.

Like many things this past year, filming for the Friends reunion special was delayed in March 2020 due to COVID-19. But eventually, it was announced that Rachel, Ross, Monica, Chandler, Phoebe, and Joey would reunite for filming in March 2021. And now fans of the iconic ‘90s sitcom won’t have long to wait before the special airs.

The Trailer Is Finally Here!

HBO Max dropped the first real look at Friends: The Reunion on May 19. In it, Jennifer Aniston, Courteney Cox, Lisa Kudrow, Matthew Perry, David Schwimmer, and Matt LeBlanc reminisce about filming, share secrets about the set (According to LeBlanc, Cox would write her lines on the kitchen table in her apartment), and even try their hand at a little Friends trivia by playing a round of the epic game that, in the show, resulted in Rachel and Monica losing their apartment to Joey and Chandler.

As the trailer shows, the reunion special is also where the actors finally reveal what they really think about one of the show’s most controversial topics: Were Ross and Rachel on a break?

Unlike the original sitcom, which aired on NBC from 1994 to 2004, the Friends reunion special will only be available to watch on HBO Max. Viewers can subscribe to the on-demand streaming network for $14.99 a month.

Mark your calendar. Friends: The Reunion is set to premiere May 27 on HBO Max.

Who You Can Expect To See

What You Can Expect To Happen

As with any good TV special, HBO Max has kept many of the specifics about the upcoming Friends reunion a secret. What we do know is that it’s unscripted.

"It's an unscripted reunion,” Cox said earlier this month during a virtual appearance on The Ellen DeGeneres Show. “We got to be on Stage 24 for the first time, all of us, in like, I forgot how many years. Fifteen years or 17 years?”

In the trailer dropped Wednesday, HBO Max reveals that while some of the reunion special will feature the cast doing a table read of popular scenes, much of it will involve them candidly discussing the bond they formed while working on the show and how being cast in the sitcom ultimately changed their lives. At least part of the reunion appears to be hosted by Corden and at least some of the expected guest stars appear in a runway show of the sitcom’s most iconic fashion moments.

Ultimately, fans should expect a lot of laughs and maybe a few tears as well. While speaking to DeGeneres, Cox described the reunion as “unbelievable” and “so emotional.”

“It was great. It was really fun,” she said. “We had a lot of special surprises and it was fantastic.”

To borrow a bit of inspiration from Chandler: Could we BE any more excited?

This article was originally published on May 13, 2021