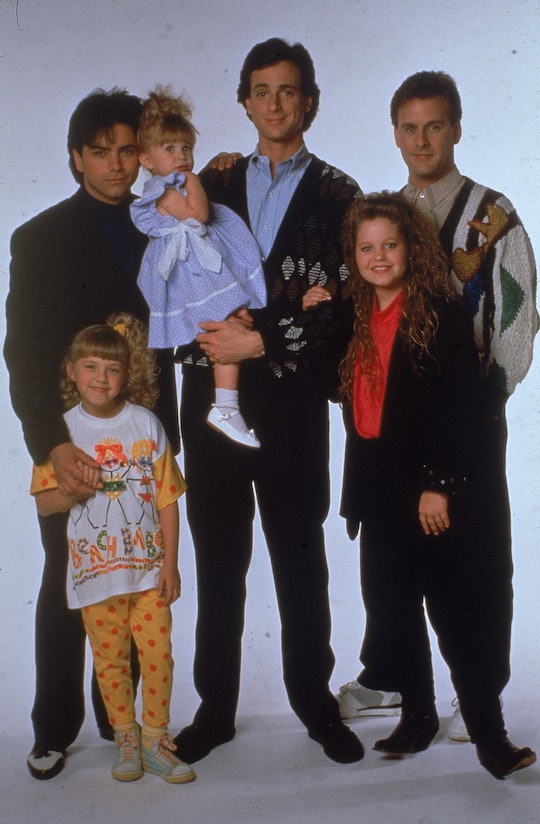 “We are deeply saddened that he is no longer with us but know that he will continue to be by our side to guide us as gracefully as he always has.”

Several Full House cast members have remembered actor and comedian Bob Saget, who played beloved TV dad Danny Tanner in the sitcom, following his unexpected death on Sunday at the age of 65. Saget was found dead in a hotel room in Orlando, Florida, late Sunday afternoon, according to local authorities. The actor had just kicked off a stand-up comedy tour and was expected to travel across the country until at least June.

“I don’t know what to say. I have no words,” Candace Cameron Bure, who played eldest daughter D.J. Tanner on both Full House and the sequel Fuller House, tweeted Sunday night. “Bob was one of the best human beings I’ve ever known in my life. I loved him so much.”

Bure later shared photos of her and Saget together on the Fuller House set over Instagram, adding “I love you sooooo much.”

Mary-Kate & Ashley Olsen, who took turns playing youngest daughter Michelle Tanner on Full House, also remembered Saget and the impact he had on their lives in a joint statement issued shortly after his death. “Bob was the most loving, compassionate, and generous man,” ABC News reported the twin sisters said in a statement. “We are deeply saddened that he is no longer with us but know that he will continue to be by our side to guide us as gracefully as he always has. We are thinking of his daughters, wife, and family and are sending our condolences.”

Andrea Barber, who played Kimmy Gibbler on both Full House and Fuller House, also took to social media to pay tribute to Saget, who she argued “had the biggest heart of anyone in Hollywood” and “gave the biggest hugs.”

“I am gutted that I will never be able to hug him again,” she wrote on Instagram. “He loved so deeply and so fiercely. And he never hesitated to tell you just how much you meant to him. This is the greatest lesson I learned from Bob Saget — don’t hesitate to tell people you love them. I feel at peace knowing that Bob knew exactly how much I adore him.”

“I am broken. I am gutted,” Stamos, who played Saget’s brother-in-law Jesse Katsopolis on Full House, tweeted Sunday. “I am in complete and utter shock. I will never ever have another friend like him. I love you so much Bobby.”

Coulier, who played Joey Gladstone, released a statement with a similar sentiment. “My heart is broken,” he tweeted. “I love you, Bob. Your forever brother, Dave.”

Saget leaves behind his wife Kelly Rizzo and three adult daughters from his first marriage to Sherri Kramer.