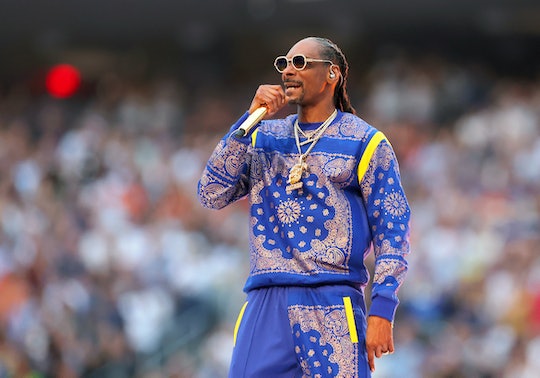 The Funniest Tweets About The 2022 Super Bowl Halftime Show

Spoiler alert: All of us are old.

The 2022 Super Bowl Halftime show was one for the ages. And it also reminded many of us that we are aging. The tweets about it? Obviously hilarious, and a little painful.

It was a star-studded show. It featured Dr. Dre, Snoop Dogg, Mary J. Blige, Kendrick Lamar, 50 Cent, Eminem, and even Anderson .Paak on the drums. It was an elder millennial and Gen X dream. They played their biggest hits, even mixing up the original lyrics to their songs to match the event. As an elder millennial, I felt seen. Apparently, so did a lot of other people in their 30s and 40s.

The tweets were fast and furious, with all of us equal parts excited and horrified. You know that when they start playing your music in the Super Bowl, the grocery store, or in car commercials, you’re officially no longer the cool generation. You’re the generation looking at IRA rates, new washing machines, and you probably would love to be in bed before the Super Bowl ends. Frankly, it’s more than a little humbling. At least we can commiserate with strangers on the internet?

Yeah, once it hits you, it really hits you. It’s a lot to take in. It was still awesome though, right?

That’s not something I needed to think about. Really. It’s not.

My kids were staring a bit as I sang along to “Ba da da da da, It’s Mother Trucking Dee Oh Double Gee.”

Be honest, you were concerned. I know I was.

Oh look, it could be me.

I made this mistake. I will never recover.

I mean, I’m working, but the second this ends, I’m taking my Ambien.

We see you, NFL social media coordinator, and we appreciate your honesty.

Mine was the off-brand Discman, and if you know why it used to skip, it’s time to schedule your mammogram.

Be honest, you’re worried about your computer just looking at this image. Is it a virus?

You know he had an epic head rush when he stood up.

The Super Bowl 2022 Halftime Show was one for the books — and in 20 years when someone like Billie Eilish is taking the stage, our kids will know how we feel.