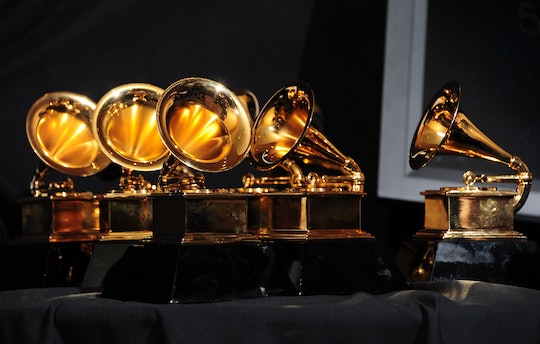 The Grammys Are Still Happening This Year

Music’s biggest night has a new date and a new location.

Music lovers will have to keep on waiting to learn who’s been named Best New Artist and which musician will take home the award for Album of the Year as the 2022 Grammy Awards have been officially postponed. Originally scheduled for the end of January, concerns over the recent Omicron-driven surge in Covid-19 cases have led the Recording Academy to push the annual music award show to early April.

“After careful consideration and analysis with city and state officials, health and safety experts, the artist community, and our many partners, the Recording Academy and CBS have postponed the 64th Annual Grammy Awards Show,” a joint statement released Jan. 5 by the Recording Academy and its broadcast partner, CBS, read. “The health and safety of those in our music community, the live audience, and the hundreds of people who work tirelessly to produce our show remains our top priority.”

When Were The Grammys Supposed To Happen?

The Grammy Awards were originally scheduled to take place in front of a live audience on Jan. 31 at the Crypto.com Arena (formerly known as the Staples Center) in Los Angeles, California, with The Daily Show’s Trevor Noah as host. However, as Covid-19 cases surged across the country over the holidays, a number of different musical artists and executives are reported by Variety to have voiced concerns and hesitations about attending the event to the Recording Academy.

On Jan. 3, the United States reported nearly 1 million new Covid-19 cases in a single day, setting a new global record. “Given the uncertainty surrounding the Omicron variant, holding the show on January 31 simply contains too many risks,” the Recording Academy and CBS said in their statement. “We look forward to celebrating Music’s Biggest Night on a future date.”

So, What’s The New Date?

CBS and the Recording Academy are hoping a little time will bring cases down and make gathering for the Grammys less of a risk. The academy has rescheduled the Grammys for 8 p.m. ET on April 3. But that’s not all that’s changed.

The Grammys Has A New Location Too

“We are excited to take the Grammys to Las Vegas for the very first time, and to put on a world-class show,” Recording Academy CEO Harvey Mason Jr. said in a statement.

The change of venue is likely due to scheduling conflicts. According to Variety, the Crypto.com Arena is fully booked to host concerts, basketball games, and hockey matches until at least mid-April.

How To Watch The 2022 Grammy Awards

Viewers eager to see Taylor Swift, Justin Bieber, Doja Cat, Billie Eilish, Lil Nas X, Olivia Rodrigo, and more battle it out for Album of the Year will want to tune in to CBS from 8 p.m. to 11:30 p.m. EST on April 3. The 2022 Grammy Awards will also be streamed live and on-demand on Paramount+

This Isn’t The First Time Covid Has Disrupted The Grammys

Since it first began spreading in 2020, Covid-19 has disrupted a number of different live events, and the Grammys are no exception. In 2021, the Grammy Awards were bumped from January to March following a surge in cases. According to CNN, the 2021 Grammy Awards ended up taking place largely outside and in front of a smaller audience than normal at the Los Angeles Convention Center in an effort to limit the risk of transmission.

This article was originally published on Jan. 6, 2022