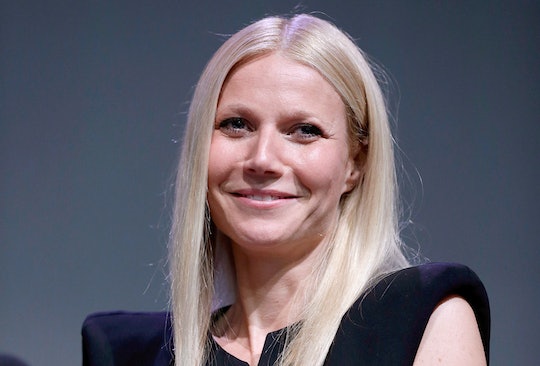 Gwyneth Paltrow Says She “Almost Died” During Her Daughter’s Birth

“My daughter was an emergency,” the actress and businesswoman said of Apple’s 2004 birth via C-section.

Goop founder Gwyneth Paltrow has revealed she almost died during daughter Apple’s birth in 2004. In a recent interview for Dax Shepard's Armchair Expert podcast, Paltrow described her now 17-year-old daughter’s C-section birth as something of an emergency, adding it was “crazy” and “not good.”

While discussing the myriad of ways our physical bodies can change as we go through life in the latest episode of Armchair Expert, Paltrow spoke candidly of having undergone two C-sections in order to give birth to the son and daughter she shares with her now-ex-husband Coldplay singer Chris Martin. But while both Apple and 15-year-old Moses were born via C-section, Paltrow said Apple’s birth was something of a more harrowing emergency for both her and her daughter.

“I had two cesareans,” the actress told Shepard and Armchair Expert co-host Monica Padman. “My daughter was an emergency. It was crazy. We almost died. It was like not good.”

Although Paltrow refrained from going into detail about what made Apple’s birth an emergency, she has previously said she struggled during her pregnancies. “I had a hard time being pregnant,” Yahoo! News reported the actress said in March during a Goop virtual summit. “I mean, it’s obviously beyond worth it. But I was very nauseous and sick for both. And my babies were huge. So, it was kind of not that comfortable.”

Additionally, Paltrow has previously said that she nearly died during her third pregnancy and ultimately experienced a pregnancy loss. “I had a really bad experience when I was pregnant with my third and it didn’t work out and I nearly died,” she told the Daily Mail in 2013 when asked if she’d ever have more children. The actress and businesswoman welcomed daughter Apple in 2004 and son Moses in 2006.

In Monday’s episode of Armchair Expert, Paltrow shared the C-sections she underwent had left her with a scar that took some adjusting to. “There’s a big scar across your body, and you’re like, ‘Oh wow, that didn’t used to be there,’” she said. “And it’s not that it’s bad or you want to judge it, but you’re just like, ‘Oh, my God.’”

Paltrow said she went through a type of “weird mourning” as parts of her body changed, including from pregnancy and childbirth. “You don’t think about this when you’re young and healthy and everything is good, but as you start to get older and things go funny or you need surgery or things age and something happens like a body part is different, there’s this weird mourning that happens,” she said. “It’s like there’s this weird grief.”

The actress also said she was grateful social media networks like Instagram, which can encourage unrealistic standards of beauty, didn’t exist when she gave birth to her children. “Thank God there wasn’t Instagram when I had babies because now it’s like if I see someone, ‘Oh, I just gave birth two weeks ago and I have a completely washboard stomach,’ and I’m like, ‘Wow that’s not what I [looked like],’” she said. “And like great, more power to the lady with the washboard [abs], but that is totally the exception. And then, now, we’re being fed all of these other images of what we’re supposed to look like all the time — babies, no babies, whatever.”

More Like This
Mom Gives Birth To Record-Breaking 16-Pound Baby
Can Dogs Sense Labor? 5 Signs Something Might Be Up
Meghan Trainor Shares Baby News After Dropping Hints On TikTok
Keke Palmer Casually Drops Her Baby's Sex On Jimmy Fallon
What Parents Are Talking About — Delivered Straight To Your Inbox