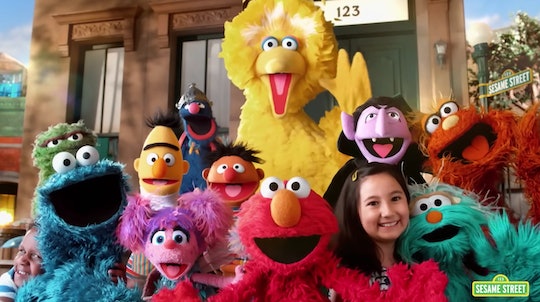 The full lineup from Seasons 39 to 52 are still available for streaming.

Sunny days on Sesame Street are coming to an end on HBO Max — at least, for its extensive collection of older episodes. The streaming service has removed about 200 episodes of the beloved preschool series from its platform.

On Aug. 19, Variety reported that almost 200 episodes of Sesame Street were removed from HBO Max. There were reportedly 456 total episodes of Sesame Street available for streaming on HBO Max, including a handful of episodes from Seasons 1, 5, and 7, and the full lineup from Seasons 39 to 52. Prior to this, there were 650 total episodes available for streaming on HBO Max, including every episode from Seasons 8 to 35 as well as a handful of other episodes from early seasons.

“Sesame Street is and has always been an important part of television culture and a crown jewel of our preschool offering,” an HBO Max spokesperson said in a statement to Variety. “We are committed to continuing to bring Sesame Street into families’ homes.” This includes Season 53 premiering this fall.

Parents haven’t been able to turn on PBS on TV and watch brand new episodes of Sesame Street with their preschoolers since HBO and Sesame Workshop came to a 10-year agreement in 2015. In 2019, the streaming service announced a five-season deal with Sesame Street and became the exclusive on-demand home to the show’s 50-year library.

Sesame Street shared a statement in response to the reports about the missing episodes, reassuring fans that the series will remain on YouTube. “Your friends on Sesame Street will always be here when you need them,” the Sesame Street Twitter account posted on Friday. “Visit the neighborhood any day of the week with full episodes on our YouTube channel: http://m.sesame.org/FreeEpisodes.”

The Sesame Street channel on YouTube also has compilations, live streams, music videos, and more. However, it doesn’t yet have the older episodes that have been removed from HBO Max.

People commented on the tweet, “You guys should upload the classic old school Sesame Street episodes too!” one person wrote, with another responding, “Please we are begging.”

Someone else wrote, “Any place I can see the classic episodes? Those are the ones I want to see.”

Hopefully the official Sesame Street will take note and upload these to their YouTube page. For now, fans will have to buy older episodes on DVD if they want to watch them.

Big Bird, Elmo, and Grover aren’t the only characters missing in part from the streaming service. HBO Max announced at least 36 titles will be removed as part of the platform’s pending merge with Discovery+, per Variety. These include a variety of movies and TV series from HBO Max Originals, HBO Originals, Cartoon Network, and acquired titles.

“As we work toward bringing our content catalogs together under one platform, we will be making changes to the content offering available on both HBO Max and discovery+,” HBO Max said in a statement. “That will include the removal of some content from both platforms.”