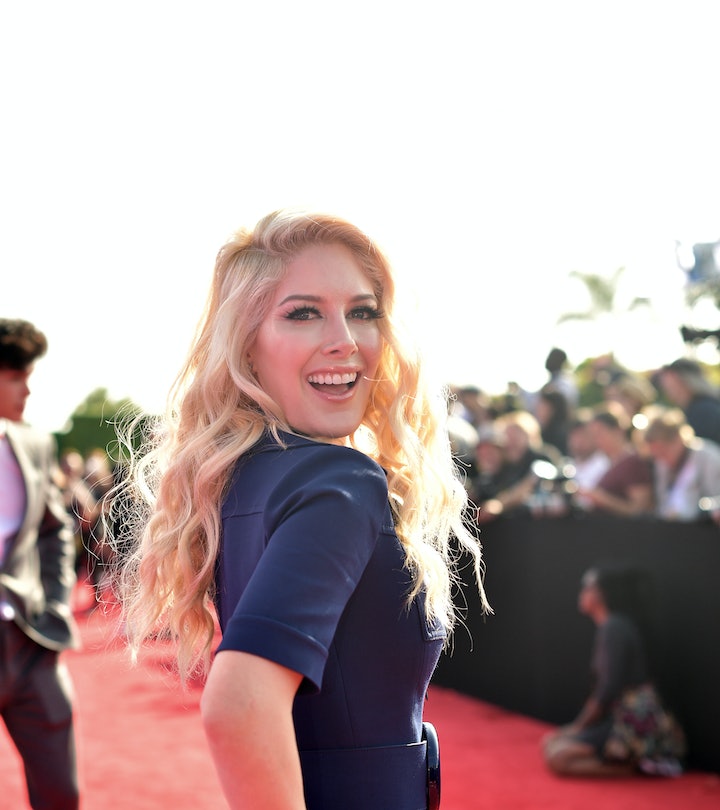 “I have been trying to get pregnant for over a year and a half, I'm willing to try different things.”

In her very best impression of Daenerys Targaryen from Season 1 of Game of Thrones, Heidi Montag was recently photographed eating raw bison heart on the streets of Los Angeles. This certainly staged moment (Montag and husband Spencer Pratt are well-known for their admittedly posed paparazzi photos; she recently posted about calling her own paparazzi ) is not Montag’s first foray into the joys of not cooking. A Feb. 23 Instagram post shows The Hills star eating and extolling the nutritional virtues of raw liver. Before that, bull testicles, which she described as “a little bit intense”. So what’s up with all Heidi Montag eating raw animal organs?

On Friday, Montag told People she’s always been interested in trying new things and different ways of eating, but there’s more to her new menu than that. “I have been trying to get pregnant for over a year and a half, I'm willing to try different things,” she told the magazine, and added that the carnivore diet has made her feel “incredible,” giving her “a lot more energy, clarity, increased libido, and overall improvement on chronic pain I have had.”

Montag has been very open about her fertility struggles, which included a hysteroscopic polypectomy last year. Changing one’s diet or even eating raw meat are probably not the strangest things one could do to improve the odds of conceiving. And it’s not like organ meats are particularly outlandish — all over the world and for millions of years, humans have eaten all edible parts of an animal, from yakatori chicken hearts to liver and onions to chitlins. (Though, we’ll admit: eating a bison heart out of a Ziploc bag while walking down the sidewalk is... perhaps not as common across time and culture.)

That said, a raw meat or even simply all-meat diet has not been proven to increase fertility. Moreover, many nutritionists warn against it.

Ultimately, of course, whatever Montag eats is entirely her choice and her business... but if she makes her business a paparazzi moment, we’re going to challenge some of her more dubious claims.

Though Montag told People she is interested in “the way humans are meant to eat,” the truth is that cooking foods is even more common across cultures than eating organs, and we’ve been at it for a while now. Humans began cooking their food between 1.8 million and 400,000 years ago. In an interview with National Geographic, Harvard primatologist Richard Wrangham points out that doing so actually corresponded with a huge boost in brain development for early humans and that, at this point, humans have evolved to depend on cooked foods.

It should also be noted that the Centers for Disease Control and Prevention (CDC) warns against eating raw, undercooked, or unpasteurized animal products, highlighting the possibility of foodborne illnesses or even poisoning resulting from harmful germs like e. coli and salmonella. (Montag admitted to People that there’s a risk associated with eating raw meat, but likens it to the risk of eating sushi... which isn’t exactly wrong but it’s also not quite accurate.)

Moreover, while the so-called “carnivore diet” Montag subscribes to claims to harken to a Paleolithic past, replicating the “pure” diets of early humans, scientists have pointed to the fact that these diets varied tremendously from place to place, and generally involved a variety of different foods, not just meat.

Among experts who study the diets of modern humans, many have pointed both to the benefits of eating a wide variety of foods — including the fruits, vegetables, carbohydrates, and legumes shunned by the carnivore diet — and the fact that there has been basically no research to support the touted benefits of eating nothing but animal products. Moreover, multiple studies suggest that an animal protein heavy diet may actually decrease fertility.

Montag is mom to one son, Gunner, born in 2017, and has been vocal in her desire for him to have a sibling. Hopefully she’ll get her wish soon, though the science indicates raw organs probably won’t have too much to do with it.