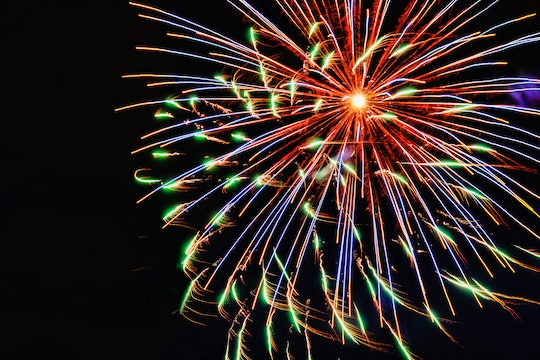 If any year needs a proper send-off, it's 2020. And a proper send-off that's fun for the whole family is watching Dick Clark's New Year's Rockin' Eve and seeing the ball drop in real time. And fortunately, there are several ways to do so.

More Like This
Wackadoo! 'Bluey' Season 2 Is Officially Coming To Disney+
Everything You Need To Know About The Rugrats Reboot
Kick Off Summer With These Classic & New Family-Friendly Movies
Prince Harry & Meghan Markle Will Share A Message During A Televised Concert

Families have been tuning in to watch the annual celebration and countdown to the new year since 1973, and this year will be no exception. Although coronavirus cases continue to rise, the show is still on. Ryan Seacrest will return as the host of Dick Clark's New Year's Rockin' Eve for the 16th year in a row and help usher in a new year. So here's everything you need to know to watch safely at home.

You Can Watch On TV Or Stream It

Dick Clark's New Year's Rockin' Eve will air live on Thursday, Dec. 31 at 8 p.m. EST on ABC. You will be able to watch the show as it airs on TV, or on ABC's website and app. But if you don't have a cable subscription, you can also tune into the broadcast using your Hulu+ Live TV subscription, or catch it streaming on the ABC channels on YouTube TV or on fuboTV. It's important to note that all three of these services require a subscription, but if you are already subscribed, then you are good to go.

The Hosting Line-Up Is A+

Broadway legend Billy Porter and actress Lucy Hale will help Seacrest co-host the show live from Times Square in New York City. Singer, Ciara, will host the west coast celebration in Los Angeles, California. "2020 has been a trying year for the world and I'm thrilled to have Billy and Lucy join me in ushering in a new year with fresh beginnings," Seacrest said in a press release. "We look forward to making sure it's a night for everyone to remember."

There Will Be Musical Performances

Like every year, this year's show will include musical guests, surprises, and glimpses at New Year's celebrations all over the world. Here is who will be performing during this year's broadcast:

The Broadcast Will Look A Little Different

Due to the coronavirus pandemic, the broadcast won't be the same as it was in years prior. This year, Dick Clark's New Years Rockin' Eve is closed to the public, which means there won't be crowds of people watching the performers. You can expect to see almost no crowds in Times Square, too.

But you can still take part in the Times Square celebration without actually being there. In fact, you can submit a personal goal or wish for the new year online right now, which will then be printed on a piece of confetti and released in Times Square on New Year's Eve. You can also submit your wish on Twitter or Instagram by tagging #ConfettiWish at the end of your post. These dreams, hopes, and wishes will be a part of the 2,000 pounds of confetti that is released on the big day.