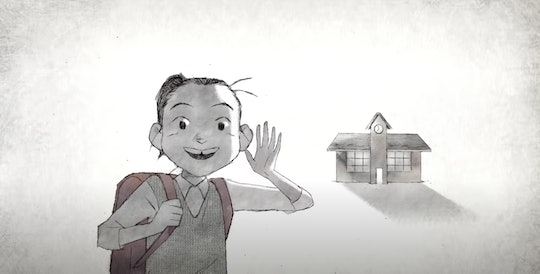 How To Watch If Anything Happens I Love You

This 12-minute film is now an Academy Award winner.

What do you get when you combine a harrowing tale about grief with artistic 2D animation? You get the Academy Award winner for Best Animated Short Film, If Anything Happens I Love You. And, fortunately, the 12-minute movie is available to stream.

After watching hours upon hours of animated movies with the kids, take the few minutes to watch If Anything Happens I Love You, the newest Best Animated Short Film winner. Although the film is animated, the contents of it are not the most kid-friendly. The film focuses on the aftermath of a school shooting.

If Anything Happens I Love You Is Streaming On Netflix

You can find the animated film on Netflix. But brace yourself, Netflix has this film under the “drama” and “tearjerker” genres and labels it as “sentimental, understated, and emotional.” And before you watch it with your kids, know that it is rated PG for “strong thematic material involving gun violence.”

If Anything Happens I Love You Is About A School Shooting

While the film may be short, the contents pack a punch. The animated short revolves around two grieving parents who go on a journey through an emotional void as they mourn the loss of their child in the aftermath of a school shooting. Although no gun violence is shown in the film, the subject matter might be tough for some children, which is why Common Sense Media recommends it for kids over the age of 13 years old.

One of the directors, Michael Govier, told Deadline that the recent headlines served as inspiration for their story. “It was just showing the grief that still still lingers on in the community, even though maybe the news cycle has left them, and what that grief looks like,” Govier said.

Although the news cycle may leave these families, this Academy Award winner recognizes that their losses will never be forgotten.