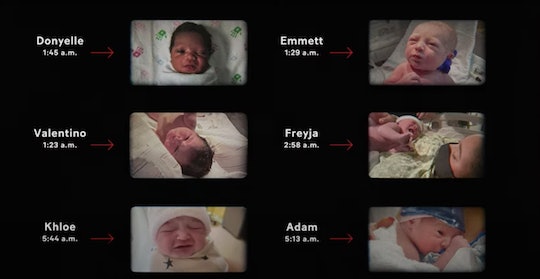 Huggies is the first diaper brand to run an ad during the Super Bowl.

When you think about the Super Bowl, you don't often think of babies, let alone diapers. Because while chips and dip and even beer are game-day staples, diapers definitely aren't. Or at least they haven't been until now. Huggies has now become the first diaper brand to advertise during the Super Bowl after a commercial featuring real newborns born on Super Bowl Sunday aired during the first half of the game.

"We're rolling out the red carpet for game day babies and ensuring parents everywhere know that Huggies is their partner and guide to navigate all of the unknowns that babyhood presents," Rebecca Dunphey, president of Personal Care at Kimberly-Clark North America, the company that owns the Huggies brand, said in a recent press release.

Huggies' 30-second commercial featured newborns who were welcomed into the world earlier that day, making them Super Bowl LV babies. The commercial gave a shout-out to some of the babies born in the wee hours of Sunday morning: Donyelle, Valentino, Emmett, Freyja, Adam, Khloe, and Destinee. According to the diaper brand, content used in the ad spot was captured and shared virtually with Huggies by the newborns' families.

"Huggies diapers and wipes are a huge part of babies' lives from the moment they're born, which is why we wanted to introduce the world to a few newborns who arrive next Sunday," Dunphey said ahead of the game. "We believe this would be the first time game day newborns will appear in the broadcast, and we'll be working diligently all the way up to kickoff to deliver a commercial that makes 'baby history.'"

Huggies' game day commercial is a big moment for the brand — but not just because it will be the first time a diaper company has advertised during the Super Bowl. Rather, the moment, which Huggies was counting down to on its website, marked a brand refresh for the well-known diaper company. Viewers should now expect to see "a new look, feel, and voice" for Huggies.

To celebrate their big game-day moment, Huggies will donate 10,000 diapers to diaper banks located near the hospitals that helped tell and share Super Bowl delivery stories. These diaper donations are part of Huggies' larger commitment to donate more than 10 million diapers to the National Diaper Bank Network in 2021, Kimberly Clark shared in a recent press release. The company will also give away 25,000 newborn starter kits, featuring Huggies Newborn or Size 1 diapers, wipes, a tote bag, milestone cards, and a Huggies-branded bodysuit from Carter's. Beginning Feb. 7, expecting parents can enter to win a Huggies' newborn starter kit here.

You can rewatch Huggies' hilarious Super Bowl ad as many times as you want on Twitter.

This article was originally published on Feb. 2, 2021