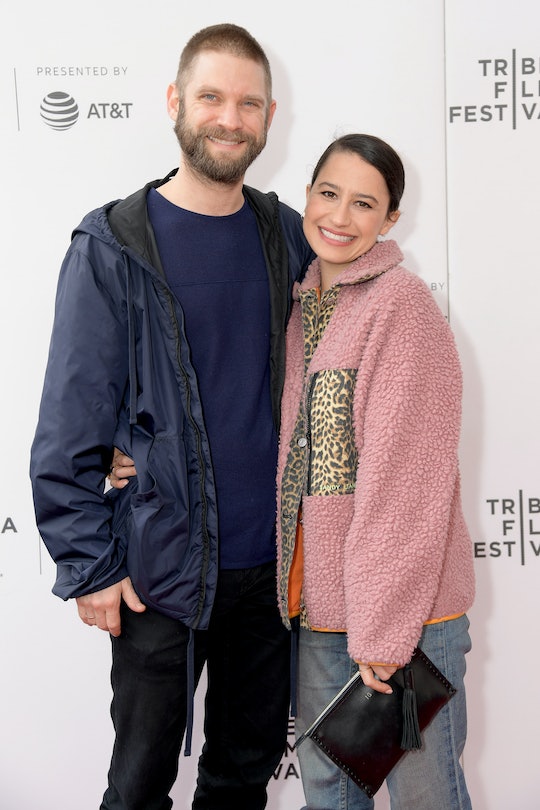 Ilana Glazer Is Pregnant With Her First Child

There is about to be a new Broad City baby. Actress and comedian Ilana Glazer is pregnant and expecting her first child with her husband, David Rooklin.

Glazer, who stars in Hulu’s upcoming horror film, False Positive, announced the big news in an interview published in Entertainment Weekly. “I’m not afraid to ask a billion questions,” she told the magazine. “There are certain trends in society of how pregnancy should look — the ‘shoulda coulda wouldas’ that are put on women all the time but are so amplified in pregnancy. I’m specifically seeking out the most spiritually healthy and welcoming experience,” she said.

While Glazer hasn’t revealed much about her pregnancy so far, like her due date, here is what she has shared about her hubby, pregnant role, and more.

In False Positive, which premieres on Hulu on June 25, Glazer stars as Lucy, a woman who turns to IVF treatments after she and her husband struggle to conceive. After they find their “dream fertility doctor,” the couple finds that everything is not what it seems, according to Variety. Glazer co-wrote and produced the film, and told Entertainment Weekly that the timing of her pregnancy and the film’s release is purely coincidental. “This was not supposed to happen this way, but it’s just so eerie and cosmically funny that it has,” she said.

The Couple Has Been Married For Four Years

Glazer and Rooklin, who is a scientist, have been together since 2012, according to Us Weekly. The couple tied the knot in February 2017 and tend to keep a low profile.

She Expects Childbirth To Be “Painful” & “Surreal”

Glazer told Entertainment Weekly that she has some thoughts on giving birth, which makes sense, since she wrote a script about it. “The process of birth is so traumatic and painful, and yet it’s the most miraculous, real, surreal thing,” she said.

And soon she will get to experience just that.