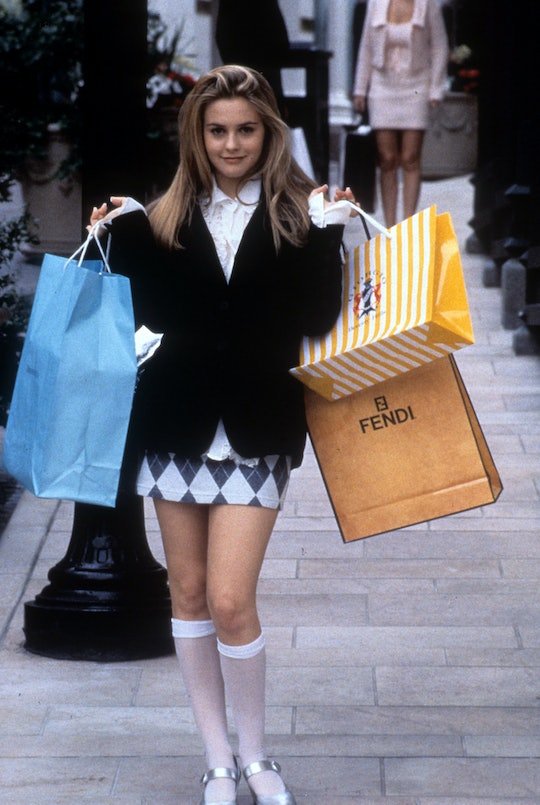 Clueless Is, Like, Totally Still A Good Teen Movie In 2022

Introduce a new generation to Cher and her glorious fashions.

The year is 1995, yellow plaid skirts are in, and matchmaking your friends has never been more fun. Cher Horowitz (Alicia Silverstone) from Clueless is the ultimate ‘90s girl — with the best closet! — and this romantic teen comedy is still fun to re-watch today. As if it would ever go out of style! But is it appropriate to watch with your kids or is it better after bedtime? Here’s everything you need to know about Clueless before pressing play. (Notes: Some spoilers are ahead.)

This iconic rom com is based on Jane Austen’s 1816 book, Emma. But instead of matchmaking English nobility, Emma is about rich teenagers from Beverly Hills, California. Cher and Dionne (Stacey Dash) are pampered high schoolers who “care less about getting good grades than wearing the right clothes and being as popular as possible,” according to the movie’s official logline. “But Cher, who lives with her tough yet warm-hearted lawyer dad (Dan Hedaya) and hunky, sensitive stepbrother (Paul Rudd), also has an innate urge to help those less fortunate.” She picks her awkward new friend, Tai (played by the late Brittany Murphy), to give a makeover and set up her with a popular guy. She learns a lot about herself and may even find true love along the way.

Language and sexual innuendo are prevalent in this teen movie.

Mild profanity is sprinkled throughout Clueless, like “a—” and “sh-t,” but the most offensive moments are the use of “retard” in a derogatory way and “loadies” about the skateboarder clique, in reference to heavy alcohol or drug use. Sexual innuendo is prevalent as well, including teens using breadsticks to make crooked penis jokes, using “balls” as a double entendre, calling a goatee “chin pubes,” and referring to losing their virginity. In one scene, a man tries to grab and kiss Cher against her will, and she jumps out of the car to get way from him.

There is teen partying and some mild violence.

Teenagers hang out, drink alcohol, and use drugs in this movie. One person throws up in the pool after drinking too much, another is shown donating his bong. Violence is very mild, although in one scene Cher is robbed at gunpoint, which can be scary for younger viewers.

It’s a fun adaption of a classic.

Getting most tweens or teens to watch classic movies, like Pride and Prejudice or To Kill a Mockingbird can be difficult, which is part of what makes Clueless so charming. It’s a light-hearted, enjoyable adaption of Emma, with a materialistic, California girl obsessed with the latest fashions, friendships she adores, and giving the best makeovers. It also has a surprising romance and a strong father-daughter bond that can’t be beat. It’s a true mix of funny, a little sexy, and pure nostalgia (which is fun for parents and today’s ‘90s-obsessed teens).

Clueless has a PG-13 rating for sex-related dialogue and underage alcohol and drug use. Despite some adult themes in Clueless, this movie is still, like, totally awesome for families — especially for those with older kids.