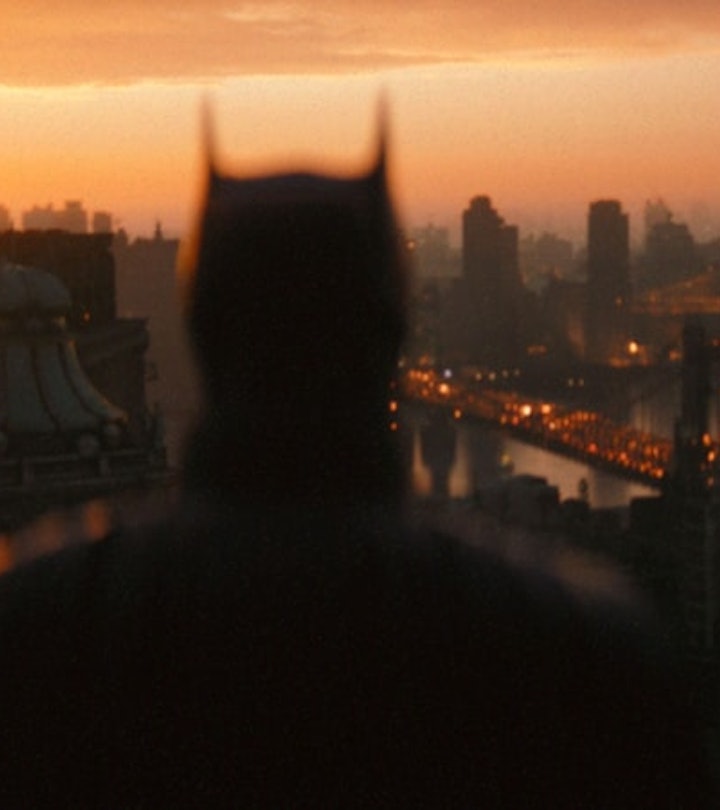 Is The Batman Appropriate For Kids? Here's What Parents Need To Know

There are a few things to consider before buying tickets for the whole family.

There are certain, universal truths by which we live our lives. Winter turns to Spring. Night follows day. And it’s never too long before we get a new superhero movie. The latest offering? The Batman, a reboot of the franchise starring The Robert Pattinson as the caped crusader and The Zoë Kravitz as The Catwoman. (OK, that was The Last One, we promise.) We all love Batman, but is The Batman appropriate for kids?

Whether or not this movie is right for your kid very much depends on your child, their sensitivities, and your parenting style. But, hopefully, this can help you make a more informed decision!

The Batman is rated PG-13

Ah yes, the trickiest of movie ratings for a parent! Whether or not that’s a hard 13 or you have some wiggle room depends so much on the movie and the kid in question! Sometimes a PG-13 is like “My 7-year-old would have no problem with this” and, in other cases it’s like “How am I going to explain this joke to my 14-year-old...?”

In the case of The Batman, the rating is largely attributed to violence (which is mostly, but not entirely, bloodless though the word “severed thumb” appeared ). According to Common Sense Media, which suggests the movie is appropriate for children 14 and older, there is some “spicy” language sprinkled throughout, sexual references, and drug use. Interestingly, parents and kids on the site have suggested 12 as an OK age to watch this one (which sort of highlights the ambiguity and subjective interpretation of “PG-13” to a tee).

DC Comics is known for embracing the dark (figuratively and literally) and Reeves clearly took that to heart when putting together the film (which he co-wrote as well as directed). Among his influences, he told Eqsuire were the noir classic Chinatown, The French Connection and two iterations of the Batman comics — Batman: Year Two by Mike W. Barr and Batman: Ego and Other Stories by Dawyn Cooke, both of which delve into Batman’s pathos and question how far he’ll go to defeat the villains of Gotham.

The plot does not shy away from adult themes

When the mayor is murdered by a serial killer calling himself the Riddler, Batman works with the Gotham Police Department to try to find him and bring him to justice (even though the cops aren’t terribly fond of The Bat’s vigilantism). When Batman and Lieutenant Gordon discover a severed thumb in the murdered mayor’s car, they’re lead to the nightclub layer of the Penguin, a leader in the Falcone crime syndicate. But the clues have only just begun and, little by little, the caped detective pieces together a tangled web of murder, political corruption, drugs, and lots and lots of explosions.

The movie clocks in at an impressive 2 hours 56 minutes

Which is to say, even if you think your kid can handle the general grittiness of The Batman, they may not be able to handle sitting for that long.

The Batman is exclusively in theaters starting March 4, but will probably* be available to stream on HBO Max in mid-April

While there’s been no official word on when HBO Max (which has a deal with Warner Brothers) will make The Batman available for streaming, but our geeky friends over at Inverse have done some math based on the movie’s theatrical run and figure it will probably happen around April 17.

More Like This
5 Kid-Friendly Movies To Celebrate The Last Day Of School
Kate Middleton Explains Why Her Kids Couldn't Attend The Top Gun: Maverick Premiere
Disney's Enchanted Sequel Follows Princess Giselle As A Suburban Mom On A Mission
Are You There God? It’s Me, Margaret Is Finally Heading To The Big Screen