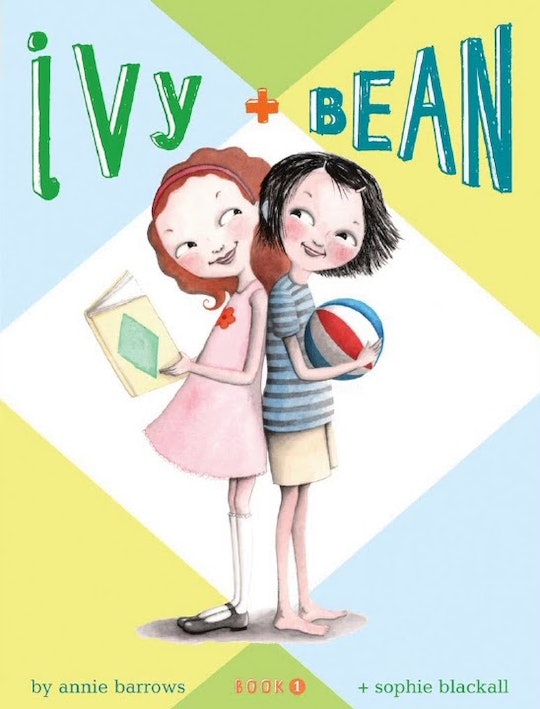 The Final Ivy & Bean Book Is Coming Out Soon

But don’t worry, the beloved children's book series is being adapted for a Netflix film series!

Not long after news broke that Netflix is adapting Ivy & Bean for the streaming service, a release date for the final installation of the children's book series was announced. The New York Times bestselling children’s series written by Annie Barrows and illustrated by Sophie Blackall will be getting the Hollywood treatment in the near future, but fans will be able to pick up the final book before the Netflix series premieres.

The Final Book Is Coming Out In April

The twelfth and final installment, officially titled Ivy & Bean: Get To Work, will be published on April 6. According to the publisher, Chronicle Books, this is what you can expect this new book to be about: “It’s Career Day at Emerson Elementary School, and all the students have to choose what they want to be when they grow up. No problem. Ivy and Bean already have that figured out. At least, they thought so until they meet Herman the Treasure Hunter. Now everyone in the second grade is looking for treasure — and finding it. Everyone except Ivy and Bean, that is. They need to get out their shovels and turn up some treasure on the double!”

If you're unfamiliar with Ivy & Bean, here's the lowdown: From the moment Bean met Ivy, they knew that they wouldn't be friends; they were pretty much the exact opposite of each other. But when the girls need each other's help, they unexpectedly become besties. Over the course of the series, the two girls go on new adventures and continue to strengthen their friendship. It's the perfect book series for readers ages 6 through 9, according to Amazon.

Ivy & Bean Is Being Developed Into A Series For Netflix

After the final book is released, the 12-book series about two unlikely friends will be adapted into a film series for Netflix, written by Kathy Waugh (Judy Moody and the Not Bummer Summer, Molly of Denali).

"With a 1-hour run-time, the Ivy & Bean film series will still very much be movies the whole family can enjoy," Naketha Mattocks, Director of Family Features at Netflix tells Romper in a statement. "Safe, fun, and elevated comedy-adventures, they also have the wonderful benefit of giving the youngest members of the family an opportunity to see themselves as the star of their own story."

The film series is still currently casting, so it’s unclear when the first Ivy & Bean movie will make its big Netflix debut. Netflix subscribers should be on the lookout in the future for any updates about the film. In the meantime, parents and fans of Barrows' work can stream The Guersney Literary & Potato Peel Pie Society — an adaptation of Barrows' 2009 novel for adults — on Netflix right now.

This article was originally published on Dec. 22, 2020