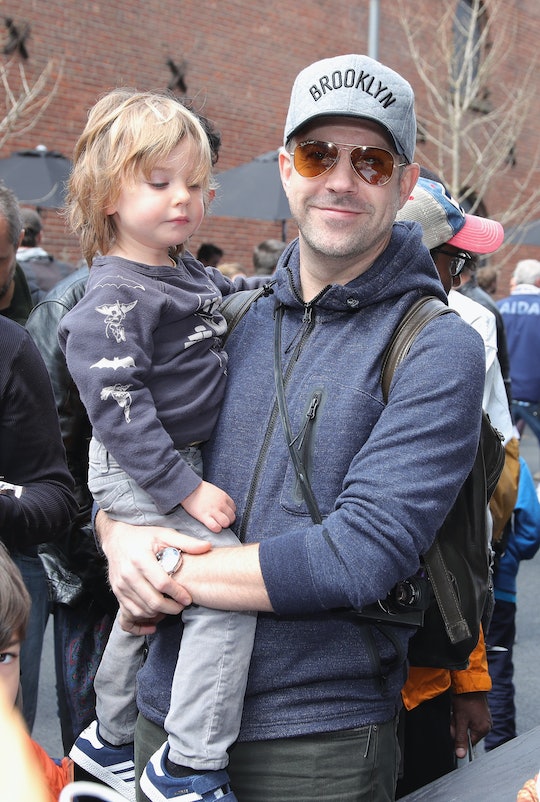 Otis and Daisy have such a proud papa.

Jason Sudeikis may play a folksy, optimistic father figure as the new coach of AFC Richmond on the hit Apple TV+ series Ted Lasso, but the actor is also a proud dad in real life. Sudeikis shares two adorable children with his ex, Olivia Wilde, and has gushed about them on a number of occasions.

Sudeikis became a dad for the first time in 2013 when he and Wilde welcomed their son Otis. Since then, Sudeikis has been open about fatherhood and co-parenting with Wilde. Here’s a look at his family life off-screen.

After being together for nearly nine years and engaged for seven, sources close to Sudeikis and the Booksmart director revealed that they had split. “The split happened at the beginning of the year,” a source close to the couple told People at the time. “It’s been amicable and they’ve transitioned into a great co-parenting routine. The children are the priority and heart of the relationship.”

In an interview with GQ this year, Sudeikis said that he will gain a better perspective on their split as the years go by. “I’ll have a better understanding of why in a year,” he said. “And an even better one in two, and even a greater one in five, and it’ll go from being, you know, a book of my life to becoming a chapter to a paragraph to a line to a word to a doodle.”

Sudeikis has been linked to fellow Ted Lasso star, Keeley Hazell, but is reportedly single at the moment, according to E! News.

He Has A 7-Year-Old Son Named Otis

Sudeikis and Wilde welcomed their son, Otis Alexander, on April 20, 2013.

The actor has described his son as a little boy who is “looking for danger” at all times while both he and Wilde are just trying to keep him alive. And there’s no pressure on Sudeikis, or anything. “My joke, when we had Otis was, at least, having a boy, I have a better understanding of how I’m going to screw him up,” he told People in 2017.

More than anything, Sudeikis loves being a dad to his little boy. “He calls me Dada,” he told People more than a year after Otis’ birth. “I never thought it was going to happen and that it would be so intoxicating when it did.”

Sudeikis and Wilde welcomed their daughter, Daisy Josephine Sudeikis, into the world in October 2016, according to E! News.

The proud father has proclaimed that his daughter has “great role models” in Wilde, her sisters, his sisters, and their mothers. While Daisy might have a lot of great people in her life to serve as role models, Wilde once called her daughter Sudeikis’ “twin,” which means she might be taking after her dad, too, especially since Wilde has described her as “strong, smart, funnnny, kind, and curious.”

Whether he’s playing a dad on screen or off, it’s clear that Sudeikis is one proud papa.