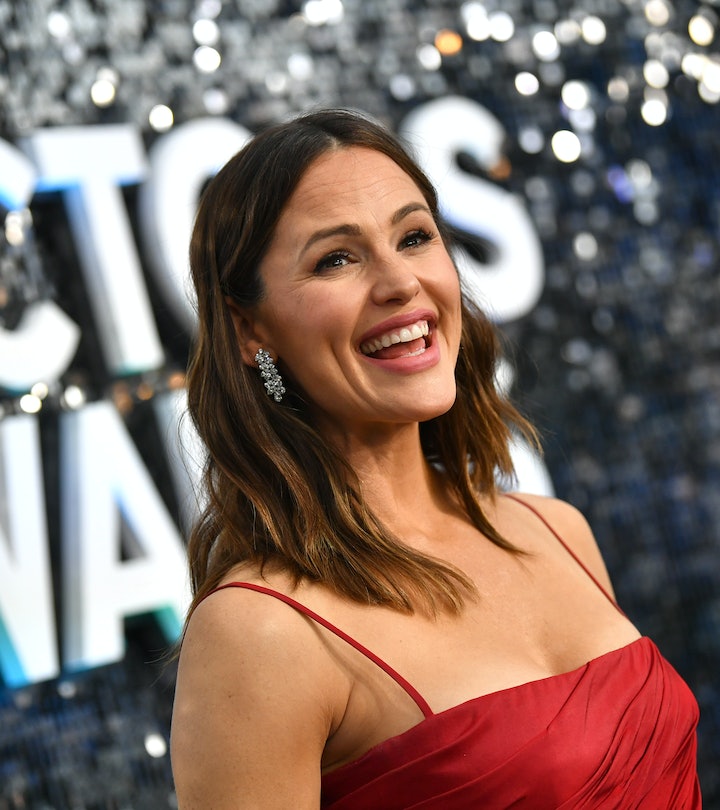 Jennifer Garner Opens Up About Driving The “Struggle Bus” Of Motherhood

And why she’d never call her kids her best friends.

If ever you need proof — and these days, who doesn’t? — that all those gag reflex-inducing, life-affirming aphorisms might have a grain of truth to them, just follow Jennifer Garner’s Instagram. She doesn’t pretend to be perfect. Or all-knowing. But amidst the chaos and fear, the toxic politics surrounding masking and vaccines, she unabashedly strives to put a little joy out into the world, and we’re here for it.

Recent posts include a bird on a skateboard, a slideshow of animals in wigs, an ode to one of her favorite subjects (dance), a coffee meme, and a “Pretend Cooking Show” video that features both of Garner’s parents. All of them tiny joybombs. And nestled among them is one earnest post about her children’s return to school — 2 out of 3 vaccinated and all of them masked, she says, as she thanks teachers, science, school staff, and fellow Moms. In a word, relatable.

By any measure, Garner — who also just inked a production deal with Netflix — is a force of nature. Only don’t tell her that. “I laugh, really. You're going to call this a brand? It’s a struggle bus. I do not view myself as a brand. I don't feel like a powerhouse,” says Garner, 49.

Despite her success, Garner is clearly trying to communicate that not even glossy celebrities are perfect. It’s a lesson she’s striving to teach her kids, Violet, 15, Seraphina, 12, and Samuel, 9, from her marriage to Ben Affleck.

“They see me working my tail off,” she tells me during a recent zoom conversation. “What matters to me is that they see me as a beginner. I'm a neophyte in every way and just struggling with my own ego, with how ignorant I am and how willing I am to say, ‘I don't know. Can you teach me?’ And that I just keep showing up no matter what, even if I get frustrated with myself for not remembering every single thing that I've heard before or how it all fits together. That's what matters to me, for my kids to see. And I think they are taking that in.”

I've got three kids in three schools and it is just a shit show. It's all forms, all the time. I am not type A, like people think I am. I kind of scramble — sometimes I overcompensate because I'm trying so hard to just keep up,

She’s doing this afternoon Zoom interview while intermittently hiding her face. Don’t worry — it’s for a normal- (not Hollywood-) person reason: “I'm just back from the dentist and my mouth is numb. I don’t have a cavity. I just want you to know there's no cavity. I just had a thing on this side he wanted to fix,” she says.

Garner has grabbed her fame with both hands and wrestled it into a force for good. There’s her work with Save the Children, which has her advocating for some of the most vulnerable kids in America. And there’s the company she co-founded, Once Upon a Farm, which has just launched its Million Meals initiative to benefit Save The Children, promising to provide one million meals to kids in need in America by 2024. It kicked off with her limited-edition Farmer Jen’s Pumpkin Oatmeal Cookie flavor pouch, a blend of organic pumpkin, banana, oats and coconut milk.

“Very early on, I knew that part of my reason for wanting to be a co-founder of a business was to be part of something that, should it actually work, could be meaningful to Save the Children's work. But man, little did I know that this was going to be a whole team of people totally driven by their hearts, totally driven by mission and purpose. It's just been the coolest thing ever,” she says.

Initially, she was leery of even promoting her charity work because of the inherent ickiness factor of basking in her own self-created glory.

“I was really reticent to talk about it publicly because then it feels like it becomes self-serving. But Mark Shriver, who's been my mentor at Save forever, said that part of the reason that you exist is so that you can tell the stories and if you're not using every platform you can to tell a story, then you're not really doing your job. So I thought I’d better get comfortable with it,” she says.

Unlike other quote-unquote celebrity moms, Garner — thankfully — never calls her kids her best friends. To her, there’s a big differentiator between watching The Office with her children or having them taste-test her new Once Upon a Farm pouches, and viewing them as her peers.

“I have a lot of friends. I don't need my kids to try to be my friends. They need to focus on themselves,” she says. “My kids are totally my buddies and I love a date with just one of them more than just about anything. I raised my own travel buddies who like to go look into old churches and like to find the bookstore and like to just get lost in having to adventure and eat. I just enjoy them so, so much, but I don't want them to have the burden of having to be my best friend.”

Her life is plenty full enough already, thank you very much.

“I've got three kids in three schools and it is just a shit show. It's all forms, all the time. Just keeping up with emails and COVID this and that. I am not type A, like people think I am. They assume I am, for some reason, because of the characters I've played or whatever. I kind of scramble — sometimes I overcompensate because I'm trying so hard to just keep up,” she says.