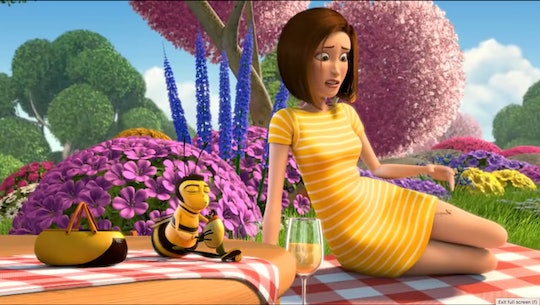 “After it came out, I realized, ‘This is really not appropriate for children.’”

Jerry Seinfeld has issued an apology for an awkward aspect of Bee Movie some 14 years after it premiered in theaters. During an appearance on The Tonight Show With Jimmy Fallon, Seinfeld acknowledged what viewers of Bee Movie have long known: there appeared to be subtle hints of a romantic or sexual relationship forming between the bee and the human who make up the film’s two main characters.

“I apologize for what seems to be a certain uncomfortable subtle sexual aspect of the Bee Movie, which really was not intentional,” Seinfeld said during a chat with late-night host Jimmy Fallon over the weekend. “After it came out, I realized, ‘This is really not appropriate for children.’”

Seinfeld went on to explain that although unintentional, certain aspects of both Bee Movie’s plot and the characters’ development made it appear as if an inappropriate relationship was forming between his character, a honey bee named Barry B. Benson, and Renée Zellweger’s character, a human woman named Vanessa Bloome.

“The bee seems to have a thing for the girl,” Seinfeld said of the animated movie. “We don’t really want to pursue that as an idea in children's entertainment.”

Seinfeld not only starred in Bee Movie, but was also one of the film’s writers and producers. Released by DreamWorks and Paramount Pictures in 2007, the film centers around Barry B. Benson’s adventures outside his hive after discovering a honey bee’s life is one of unending labor. While outside the hive, Barry meets Vanessa, a florist who saves Barry from being crushed to death by her human boyfriend who has a life-threatening allergy to bees.

Following his rescue, Barry begins to pal around with Vanessa. In fact, it is during one of these outings that Barry learns humans have been stealing honey from bees. It’s then that Vanessa ditches her human boyfriend and helps Barry take legal action against the human race, forcing all honey to be returned to bees.

While Barry and Vanessa’s relationship in The Bee Movie has been the joke of many a meme since the film’s release 14 years ago, the film’s team has long maintained that an interspecies romance was never considered as a plot point. In fact, Bee Movie director Steve Hickner once told The New Statesman that Barry and Vanessa’s relationship was “never going to be sexual or anything like that.”

“It was purely this friendship,” Hickner said. “Maybe in Barry's mind he thought… but it was never going to be that.”