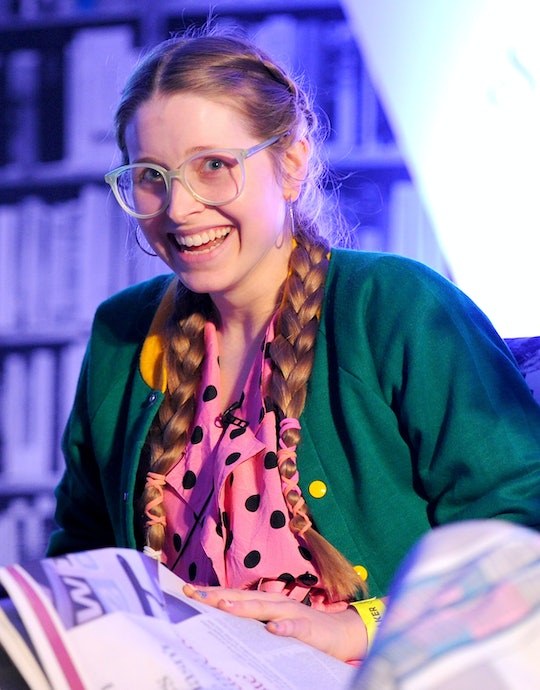 The Harry Potter star asked fans to wish her son a speedy recovery.

One famous new mom has found herself back in the hospital less than three months after giving birth to her third child. Harry Potter star Jessie Cave's baby has been hospitalized with COVID-19, the actress revealed Tuesday.

More Like This
Meghan Markle Spoke About Her Daughter During Her Latest TV Appearance
The Obamas’ New Family Rule? Get Vaccinated If You Want To Hang Out With Us
Prince Harry & Meghan Markle Will Share A Message During A Televised Concert
Survey: Just 30% Of Parents Would Get Their Kids Vaccinated Against COVID-19 Right Away

"I watched the news about lockdown from an isolated room in hospital," Cave wrote in the post's caption. "Poor baby is covid positive."

Cave welcomed a son in late October. The newborn, who the couple named Tenn in December, is her third child with comedian Alfie Brown. The couple also share a 6-year-old son named Donnie and a 4-year-old daughter named Margot.

"He’s okay and doing well but they are being vigilant and cautious, thankfully," Cave wrote Tuesday of Tenn's condition on Instagram. "Really didn’t want this to be the start of my families new year. Really didn’t want to be back in a hospital so soon after his traumatic birth." Cave went on to ask fans to wish her baby "a speedy recovery."

"He’s 9 lbs 7 now so he’s a stronger and bigger boy than he was when we were last in a hospital room," Cave wrote, noting the IV needle went into little Tenn's hand with "louder, more powerful screams" than were heard during the baby's first hospital experience at birth.

When announcing Tenn's arrival in October, Cave revealed his birth was significantly different from those of his two older siblings. "This has been a very different experience to my first two births... much more humbling, terrifying and out of my control," she wrote on Instagram in a post dated Oct. 22. According to Cave, baby Tenn was taken to the hospital's neonatal intensive care unit shortly after birth.

"We are currently in the neo-natal unit but he’s a strong boy and it’s the safest place for him right now," she wrote. She went on to describe the moment hospital staff took Tenn from her arms and whisked him out of the room as "one of the hardest moments of my life."

In an effort to combat the surge of COVID-19 cases being seen across the United Kingdom and keep the country's National Health Service from becoming overwhelmed with patients, Prime Minister Johnson announced Monday the country would enter a second national lockdown.

On Tuesday, Cave noted she was "in awe" of the nurses and doctors who work so tirelessly to care for patients in hospitals and urged folks to take the novel coronavirus seriously. "Once again I’m in awe of nurses and doctors," she wrote, giving a special shoutout to her father and brother, both of whom work in the medical field. "This strain [of the virus] is super powerful and contagious so I do hope that people take extra care in the coming weeks," she added.