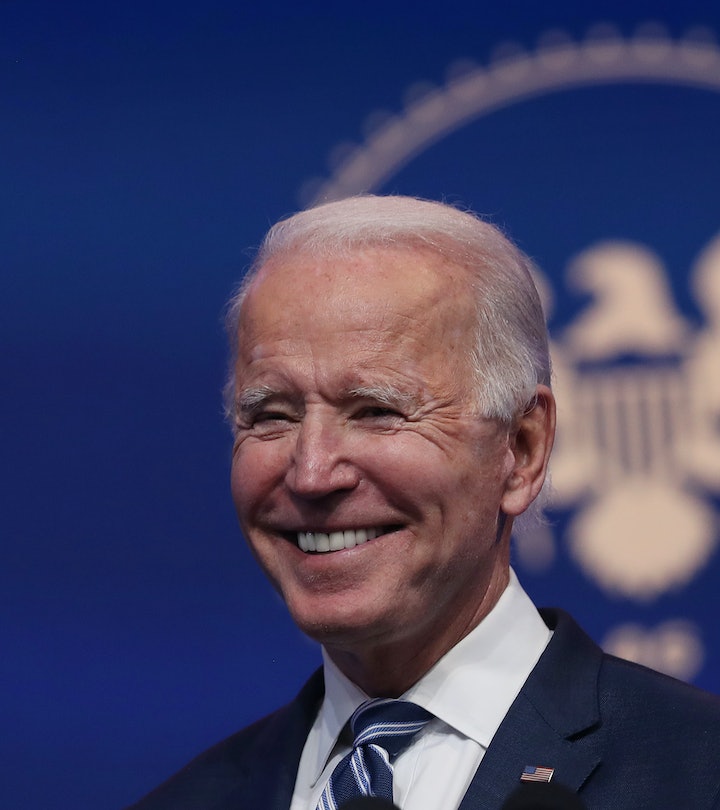 "America United" is so fitting.

With almost one week away until Inauguration Day, Joe Biden's inauguration theme has officially been announced.

More Like This
The Obamas’ New Family Rule? Get Vaccinated If You Want To Hang Out With Us
Prince Harry’s Famous Dad Friend Warned Him About Paparazzi In Their Neighborhood
Josh Duggar's Family Has Spoken Out As He Faces Child Pornography Charges
Every Adorable Photo Of Prince Louis

"America United" will be the central message surrounding Biden's inauguration when he takes his oath of office alongside Vice President-elect Kamala Harris on Wednesday, Jan. 20, and gets sworn in as the 46th President of the United States. In the wake of siege at the Capitol on Jan. 6, this theme of bringing people in the nation together has never been more fitting.

The Presidential Inaugural Committee told the Associated Press that the theme of America United "reflects the beginning on a new national journey that restores the soul of America, brings the country together, and creates a path to a brighter future."

The events surrounding this special day will follow in this theme of unity. Once Biden and Harris are sworn in to their offices, they will hold a socially distanced Pass In Review ceremony, where Biden will review military readiness, according to NBC News. Following this, the newly sworn-in president and vice president will head to Arlington National Cemetery where they will lay a wreath at the Tomb of the Unknown soldier alongside former Presidents Barack Obama, George W. Bush, Bill Clinton, and their spouses.

Biden will then participate in a military escort to the White House, according to NBC News. As expected, security surrounding these events will be tight. "This inauguration marks a new chapter for the American people — one of healing, of unifying, of coming together, of an America united," Presidential Inauguration Committee CEO Dr. Tony Allen, told the Associated Press.

"It is time to turn this page on this era of division," Allen added. "The inaugural activities will reflect our shared values and serve as a reminder that we are stronger together than we are apart, just as our motto 'e pluribus unum' reminds us — out of many, one."

Just don't expect to see these events play out in person. Parts of the celebration, such as the parade, according to CNN, will be largely virtual due to the coronavirus pandemic, with attendees following social distancing and safety guidelines. Members of Congress, who normally get thousands of tickets to the Inauguration Day activities, will get a very small amount of tickets to event, according to the Washington Post. And the inaugural committee is urging people to not travel to Washington D.C. for the inauguration, according to CNN. Instead, people unable to travel will be represented by a "field of flags" spanning multiple blocks of the National Mall on Inauguration Day, according to the Associated Press.

You will be able to stream the inauguration on Wednesday, Jan. 20, with pre-inauguration festivities beginning around 9:30 a.m. EST, according to Harper's Bazaar. Most major news networks will be broadcasting the celebration on TV or online, so everyone at home will get to see "America United."