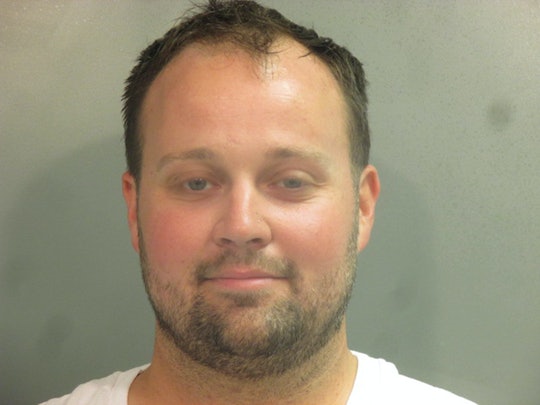 The former 19 Kids and Counting star faces up to 20 years in prison and up to $250,000 in fines on both of the two counts of receiving and possessing child sexual abuse material that he was charged with.

Josh Duggar has been found guilty of receiving and possessing child sexual abuse material. A jury in Arkansas found the former reality TV star guilty on two counts of the charge Thursday, following a six-day trial in which witnesses accused the 19 Kids and Counting star of having admitted to once molesting young girls.

Duggar faces up to 20 years in prison and up to $250,000 in fines for each count of possessing child sexual abuse material, according to KNWA, a local Fox News affiliate. But while Duggar was taken into custody immediately after the jury announced their verdict, the judge overseeing the trial has said Duggar’s sentencing will not occur until sometime in April, KNWA reported.

Earlier this year, federal prosecutors alleged Duggar downloaded a Linux partition on his work computer which allowed him to circumvent software designed to monitor his internet use, NBC News has reported. Prosecutors further alleged that Duggar then downloaded child pornography to that computer in May 2019.

The 33-year-old former reality TV star, however, plead not guilty to the charges levied against him in April. At his trial, Duggar’s lawyers argued someone else had downloaded the images to Duggar’s work computer without his knowledge, citing the fact that none of Duggar’s personal devices contained illicit images.

But witnesses who testified against Duggar at the trial painted a much different picture of the man. Longtime family friend Bobye Holt, for example, told the court Duggar had previously admitted to molesting at least four underage girls in 2003 and 2005 when he was 12 and 15, respectively. According to People, Holt said one of the girls was 5 years old at the time of the alleged incident.

This isn’t the first time Duggar has been accused of molestation. According to TMZ, an anonymous tip was sent to Oprah Winfrey’s production company in December 2006 after it was revealed the talk show host planned to interview the Duggar family. The tip alleged Duggar had molested young girls, including his sisters, and that his parents had covered up the incidents. Winfrey forwarded the claim to a child abuse hotline, which is then reported to have involved local law enforcement in Arkansas, TMZ reported. News of the allegations against Duggar did not become public until 2015 when In Touch Weekly obtained a redacted police report that they alleged proved Duggar’s father had waited more than a year before contacting authorities to report his son had molested several minors.

Duggar is the eldest son of Jim Bob and Michelle Duggar, a conservative couple whose family life became the subject of the TLC reality show 19 Kids and Counting in 2008. After airing for more than five years, however, Duggar’s 2015 sexual abuse scandal led the network to cancel 19 Kids and Counting and launch Counting On, a spinoff centered around the lives of Duggar’s siblings.

Although Duggar’s family has yet to issue a statement regarding his recent conviction, the family did refer to the allegations against Duggar as “very serious” in a statement released when charges were first filed in April.

“The accusations brought against Joshua today are very serious,” the statement read. “It is our prayer that the truth, no matter what it is, will come to light, and that this will all be resolved in a timely manner. We love Josh and Anna and continue to pray for their family.”

More Like This
Reese Witherspoon’s Son Deacon Is Officially An Actor & Is Working With One Of His Mom's Besties
Cool Mom Kate Middleton Chatted With A Boy On A Train. He Didn’t Know Who She Was.
Anne Heche Remembered As "Loving Mother" To Her Two Sons After Her Death At 53
Drake Shared A Photo Of His New Face Tattoo & It's A Sweet Tribute To His Mom