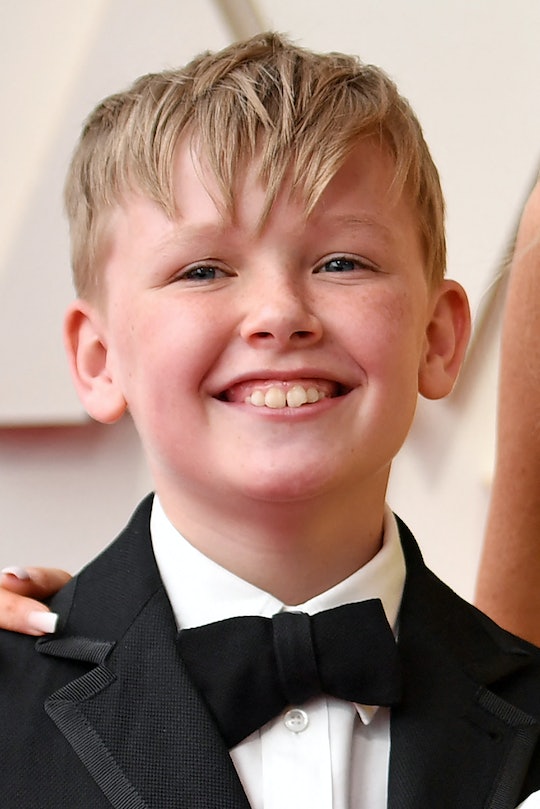 She may be a Dame, but she apparently loves potty humor...

Jude Hill, one of the stars of Academy Award-nominated Belfast is the film’s breakout star, having won half a dozen critic’s choice awards for his portrayal of Buddy, the cheery 9-year-old living in Northern Ireland during The Troubles. But in a red carpet interview at the Oscars, Hill revealed Belfast co-star Judi Dench loved on-set pranks. So, while the subject matter of the movie may have been serious, making it wasn’t always.

Speaking with actress Laverne Cox, who was conducting interviews before the awards ceremony for E!, Hill said that he’s still pinching himself every morning after being cast in the film to play director Kenneth Branagh’s (somewhat fictionalized) young self. Adorable yet impossibly poised, the young actor, discussed his love of analyzing scripts even at 9 years old (his age when he was cast — he’s now 11).

“The first word of the script, I was like, ‘This is going to be a great script’ and I knew how special this script was to Ken and the rest of the cast,” he revealed, noting that without Branagh he wouldn’t have been able to play Buddy at all.

Cox then turned the discussion to a rumor she’d heard about filming, particularly the antics of one Judi Dench, noting that the Dame was “quite the prankster,” and asked if Hill remembered one in particular.

So now we all know that even if you may be awarded Officer of the Most Excellent Order of the British Empire, that doesn’t mean you won’t continue to find fart jokes funny like any old commoner.