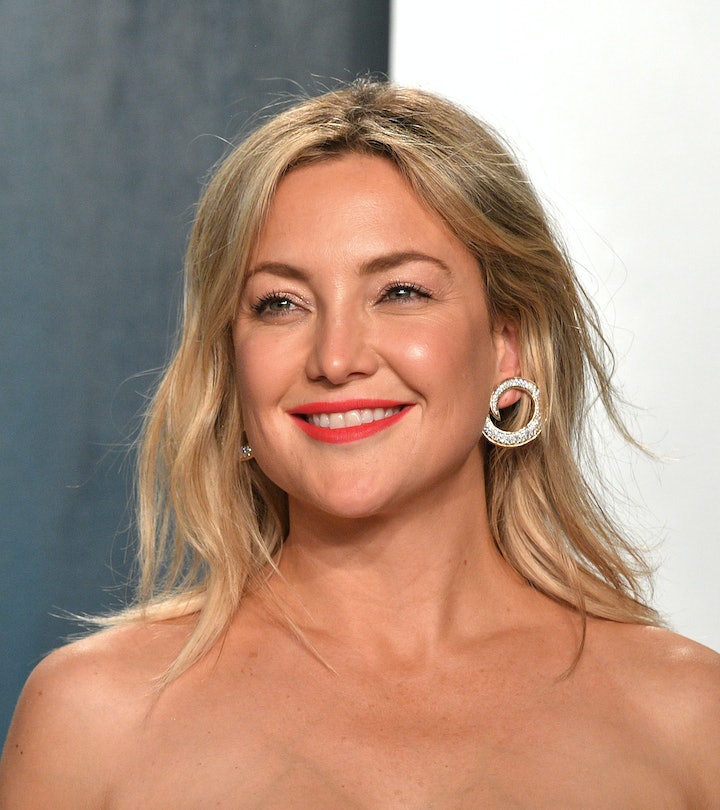 In a recent interview with TODAY's Wille Geist, Kate Hudson opened up about her complex family dynamics, including her estrangement from her father, Bill Hudson. The 41-year-old actress described it as "a 41-year-old issue" and said she wanted people experiencing a similar situation to know they aren't alone.

"I think that estrangement is unfortunately quite common, and I think it's important for people to talk about that," Hudson said during the interview. "If they can't reconnect or if it's too challenging, that's OK... I think sometimes people just need to hear that they're not alone in that."

Born a year before her parents' divorce, Hudson was raised mainly by her mother, Goldie Hawn, and Hawn's longtime partner Kurt Russell. Hudson has said on multiple occasions that she considers Russell to be her father. Still, over the years, Hudson has occasionally discussed the often painful nature of her relationship with her biological father. But things came to a particularly dramatic head in 2015 when Hudson's brother, Oliver, which whom she co-hosts the podcast Sibling Revelry, posted a photo of them as children with Bill under the caption "Happy Abandonment Day" on Father's Day. That same day Hudson posted a photo of herself and Russell saying "Pa, just simply... thank you. Happy Father’s Day. I love you to the moon and back."

Bill responded in an interview with The Daily Mail, saying, "I say to them now, 'I set you free.' I had five birth children but I now consider myself a father of three. I no longer recognize Oliver and Kate as my own." He went on to say he would ask them to stop using the Hudson name and pronounced both his children "dead to me." In a follow-up with Inside Edition days later, Bill denied saying his children were dead to him, but said that if calling Russell "pa" made them feel better "then change your name to Russell," before adding "Shut up already."

Since then, Hudson said that she's forgiven her father, as she told Howard Stern in 2016, and in an episode of Sibling Revelry earlier this month, Hudson told Oliver that she's been thinking about their half-siblings, Bill's other children from subsequent relationships, Emily, Zachary, and Lalania, as USA Today reported. “I was thinking about how everybody’s getting older. I just had this moment of, it would be nice to connect a little bit, especially with my sisters,” she said.

Whether Hudson will move forward with building those relationships remains to be seen. But for now, it's clear that she is grateful for what she has without glossing over her hurt.

"I have a great family. I have a beautiful mother. I have a stepfather who stepped in and played a huge, huge part in sharing what it is to have a dependable father figure in our life. But it doesn't take away from the fact that we didn't know our dad," Hudson told Geist this week. "I kind of look at my dad and I'm, like, 'You know, the love has never ever gone anywhere. It's always been there, no matter what those complications have been."

Perhaps it's this complexity — in both the love she's found and the pain she's experienced — that motivates her own relationship with her children, Ryder, 17, Bingham, 9, and Rani, 2. Like the family she grew up in, hers is blended — all of her children have different fathers — and having experienced the good and the bad that dynamic can bring, she has set a high bar for herself.

"The only expectations I really have that are really high on my life is with my kids and with family stuff," she said during the same interview with TODAY. "Other than that, it's like, I just let it go. ... I work my ass off, and then I walk away, and I hope for the best."