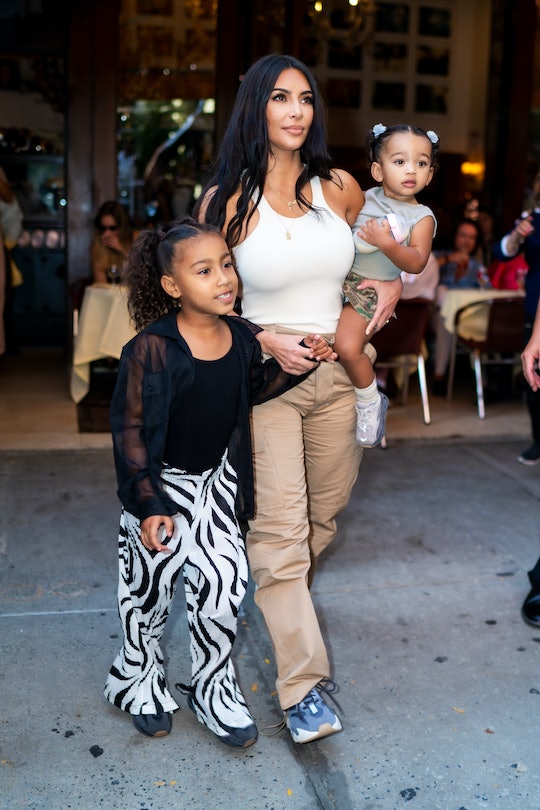 Talk about a decadent way to wake up.

It’s no secret the Kardashian family has a tendency to take their holiday celebrations to an over-the-top level. From their elaborately themed holiday cards to the family’s lavish annual Christmas Eve party, there’s no such thing as too much when it comes to the Kardashians and Christmas. But mom of four Kim Kardashian West may have taken holiday decadence to the extreme with her latest Christmas tradition. The reality TV star recently revealed she’s waking her children up with Christmas music every day in December. But that’s not all, Kardashian has hired a Grammy award-winning musician to play holiday classics on the piano.

“Good morning! Every morning during the month of December @philthekeys comes to play Christmas music on the piano to wake up the kids,” Kardashian, who shares 8-year-old North West, 6-year-old Saint West, 3-year-old Chicago West, and 2-year-old Psalm West with her soon-to-be ex-husband Kanye West, wrote in a recent Instagram Story.

On Monday morning, Kardashian shared another video of Cornish filling her home with Christmas music to her Instagram Stories. “Good morning, Phil,” she can be heard saying as she moves the camera away from him to show off her tree.

According to Yahoo!, Cornish is not only a friend of the Kardashian family but also the musical director for West’s “Sunday Service” events. He later shared a closer look at his in-home Christmas wake-up concert on his own Instagram Stories when he posted a video showing his hands moving deftly across the piano’s keys. At one point a child’s ball bounces by in the background under the piano bench Cornish is sitting on.

Kardashian’s elaborate new Christmas tradition comes as the reality TV star is currently in the midst of divorcing West following nearly seven years of marriage. Earlier this month, Kardashian filed paperwork asking a judge to declare her “legally single” amid the ongoing divorce, effectively separating her marital status from her and West’s child custody and property settlement cases, Entertainment Tonight has reported. According to the outlet, Kardashian, who took West as part of her legal surname after marrying in 2014, has also filed papers to return to her maiden name.