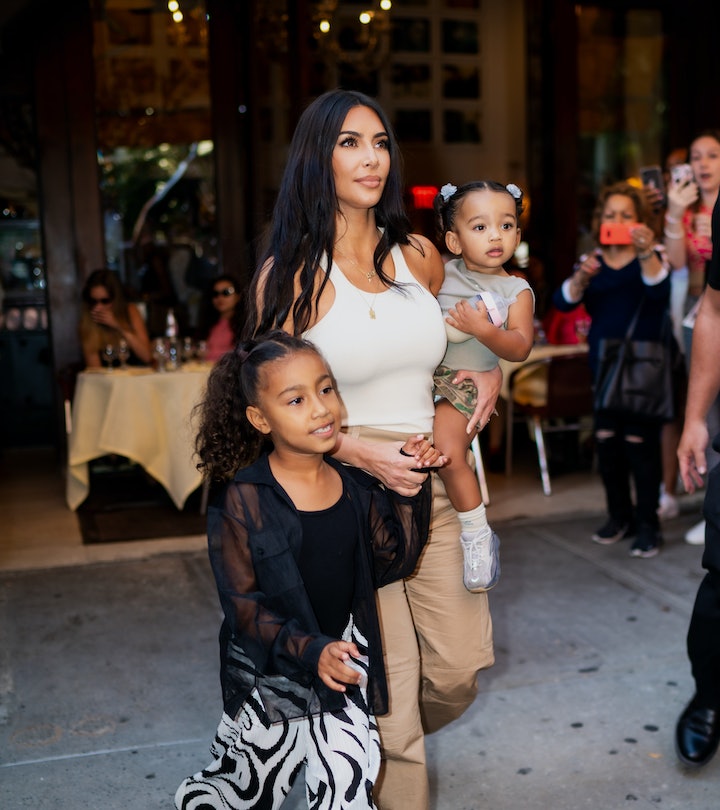 Kim Kardashian Opened Up About "Traumatic" Body-Shaming During Pregnancy

“I cried every single day over what was happening to my body,” she said.

Reality TV star turned entrepreneur and businesswoman Kim Kardashian has opened up about pregnancy body shaming. In a series of posts shared over the weekend via Instagram Stories, The Keeping Up With The Kardashians star revealed how the near-constant scrutiny and criticism she received about her body while pregnant with now 7-year-old North took a serious toll on her mental health.

“When I was pregnant with North I was suffering from preeclampsia, which made me swell uncontrollably,” Kardashian said Friday in a series of Instagram Stories captured by People. “I gained 60 lbs and delivered almost 6 weeks early and I cried every single day over what was happening to my body, mainly from the pressures of being constantly compared to what society considered a healthy pregnant person should look like — as well as being compared to Shamu the Whale by the media.”

In 2013, tabloids around the world were indeed full of headlines that criticized and shamed Kardashian’s pregnant body. “Kim Kardashian Can't Stop Eating!” screamed one tabloid, which claimed the reality TV star had gained so much weight Kanye West no longer found her desirable. “Kim Kardashian Insists She Doesn’t Weigh 200 Pounds,” declared another. Even Fox News criticized the reality star for favoring “supertight” outfits rather than clothing or accessories that might make her appear thinner.

But it wasn’t just the media that criticized Kardashian’s pregnant body. Memes poking fun at the reality star’s weight and body shape were widely shared across social media. That May, for example, a month before Kardashian would give birth to North, she attended the Met Gala in a floral print Riccardo Tisci dress that led Twitter users to create memes likening her to a couch before the gala was even over.

“I was crying the whole way home because I just couldn’t believe it,” Kardashian told Vogue about the moment in 2019.

Speaking out over Instagram Stories over the weekend, Kardashian said seeing photos of herself plastered online and in magazines made her “so insecure” and led her to develop a fear that she might never get her pre-baby body back and quiet the criticisms. “I was shamed on a weekly basis with cover stories that made my insecurities so painful I couldn’t leave the house for months after,” she said. “It really broke me.”

Kardashian said she ultimately took her “frustrating, embarrassing feelings” and used them as motivation to get herself where she is today, but noted the intense scrutiny of her body during pregnancy definitely had a negative effect.

“To say this didn’t take a toll on me mentally would be a lie,” she said.

She urged those “in the business of shaming and bullying” to show understanding and compassion. “You just never fully know what someone is going through behind the scenes and I’ve learned through my own experiences that it’s always better to lead with kindness.”