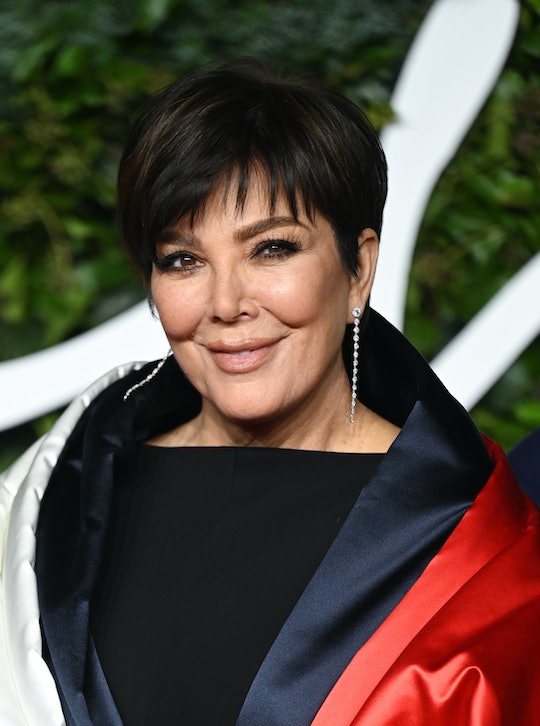 Fellow moms, moguls, and decorating wizards Martha Stewart and Kris Jenner sat down for a chat on The Martha Stewart Podcast and spilled all kinds of fascinating tea. Besides their shared love of all things organization and party-throwing, the duo chatted about motherhood and Jenner’s evolving attitudes on her kids’ decisions to have children outside of marriage. The super supportive mom of six and matriarch of the Kardashian-Jenner Clan revealed that she is understanding of her children’s choices and is there for her family no matter what.

During their podcast conversation, Jenner outted herself as a true Martha Stewart stan, gushed about Stewart being her inspiration, and even said they were “kindred spirits.” Jenner even revealed that she once decorated her whole yard in crows on Halloween as an homage to Martha. Apparently the duo are lunch buddies, too.

Stewart also offered up her own interesting tidbits. Like Jenner, Stewart shared that her own mom had six children, and was a working mother who taught 6th grade. She told Jenner that her mom was “as good as you are at balancing the various personality of the kids.”

But things got really interesting when Stewart grilled Jenner on how she felt about some of her children’s decisions to have kids without following Old School societal standards of getting hitched first. Stewart was very blunt when she asked Jenner: “So how does it feel when your girls are going out and getting pregnant with men who are not their husbands?”

Of course Jenner, a seasoned PR pro, took the question in stride and told the 80-year-old crafting legend that she has evolved over time and gets more and more understanding. “I have so many generations in my family. There is such a big age difference...I embrace what is in front of me. I think that I am easy once I understand it,” the momager said.

At times the conversation did morph into a mutual appreciation society, as when Stewart dubbed the famous family the “Modern Brady Brunch.” Jenner also veered off into the territory of an infomercial for Skims and Poosh and all the other innumerable family businesses (this is Kris Jenner after all and she does get a cut of all her kiddos’ coins). But overall, it’s pretty cool to have a meeting of the minds between two such successful women.

At the end of the day though, Jenner is a devoted mom who has her kids’ backs no matter what. “I’m here for them. They know that. There’s nothing that I would judge. Not at all. I mean, I just never would,” Jenner said. Carol Brady would be proud.