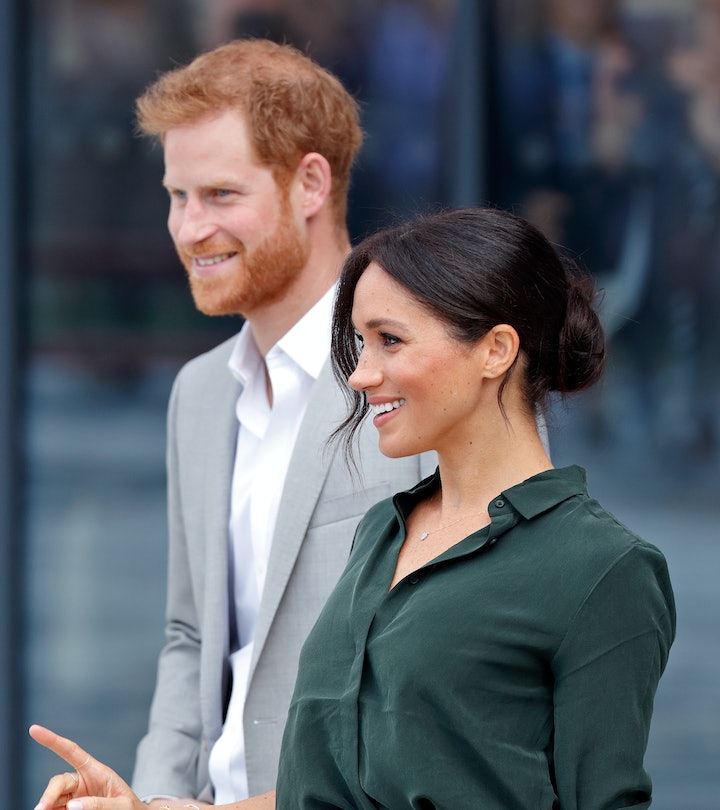 But the likelihood of Lilibet actually inheriting the throne is low.

Prince Harry and Meghan Markle’s daughter has officially been added to the British line of succession — roughly seven weeks after she was born. At the moment, descent and a Parliamentary statue make Lilibet Diana Mountbatten-Windsor eighth in line for the British throne, although her position is far from guaranteed for life.

An official Royal Family website detailing the line of succession was updated Monday to reflect Lilibet’s birth. The almost 2-month-old infant falls just behind her older brother Archie as the eighth royal in line for the throne. Ahead of them, as the sixth royal in line for the British throne, is their father, Prince Harry, the Duke of Sussex.

First in line for the British throne, however, is Prince Charles, followed by Prince William, the Duke of Cambridge and his three children: Prince George, Princess Charlotte, and Prince Louis.

Lilibet’s addition to the line of succession bumps her great uncle Prince Andrew to ninth in line, followed by his daughters Princess Beatrice and Princess Eugenie as well as Princess Eugenie’s son August Brooksbank.

But while Lilibet may be eighth in line for the throne now, both she and her brother Archie are expected to fall farther down the list of succession as Prince George, Princess Charlotte, and Prince Louis grow up and have children of their own in the future.

According to the Royal Family, Britain’s line of succession is determined by both parentage and a Parliamentary statute known as The Act of Settlement, which was first established in the 17th century as a means of ensuring the British throne passed to Protestant heirs. The Act of Settlement was amended in 2013 by The Succession to the Crown Act, which effectively ended Britain’s long-standing system of male primogeniture. As a result, younger brothers like Prince Louis can no longer displace their elder sisters (in Louis’ case, Princess Charlotte) in the line of succession.

However, The Succession to the Crown Act was not applied retroactively to the line of succession. In fact, the Act only pertains to those born after October 2011, meaning James, the 13-year-old son of Prince Edward still supersedes his older 17-year-old sister Louise as both were born before the 2011 cutoff.