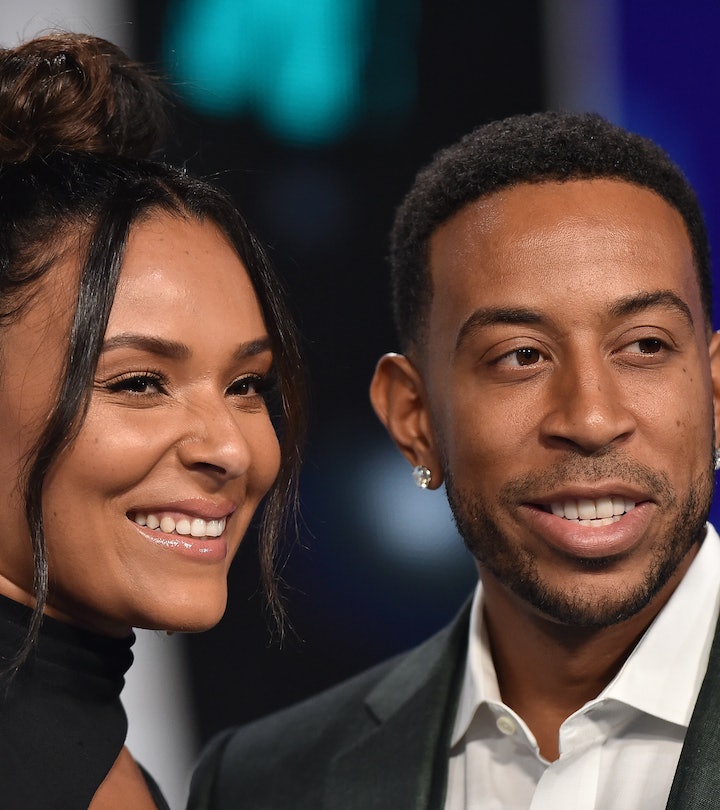 The rapper may have three Grammy Awards, but that doesn’t mean his kids do the things they do.

At 43, Ludacris is a three-time Grammy Award-winning rapper with a career that spans more than 20 years and includes a number of notable film roles. Yet, none of those accomplishments mean Ludacris, whose real name is Chris Bridges, is any more clued in than other parents when it comes to figuring out why kids do the weird things they do. When not topping the charts, Ludacris is busy raising his three daughters — two of whom recently left the rapper struggling to understand why kids are obsessed with farts. Yes, farts.

In a video shared across TikTok earlier this month, Ludacris shared his exasperation at trying to get his two youngest daughters to stop saying the word “fart.”

“Daddy? Is this how you spell fart: f-a-r-t?” one of Ludacris’ daughters, who is sitting in the backseat off-camera, can be heard asking in the clip.

“Yes, but why are ya’ll spelling fart?” Ludacris responded as his daughters erupted into giggles with one celebrating their correct spelling of the word. It isn’t long before Ludacris’ daughters are spelling fart again (and again) and asking their dad if that’s still the correct way to spell it.

“I said yes,” a frustrated Ludacris said. “Why are we spelling fart? Let’s not spell fart anymore — and don’t do it.” Of course, the fart giggles and questions continued. “Alright, that’s enough,” Ludacris said. “No more farts! I don’t even want to hear the word fart.”

Fart jokes aside, this isn’t the first time Ludacris has joked about parenthood. While on vacation in March, the rapper shared a video of his two youngest daughters covering him in sand during a day at the beach. “When you are a Girl Dad, you damn near say ‘Yes’ to everything,” he wrote when sharing the video on Instagram.

But Ludacris has also taken inspiration from his daughters. In 2020, the rapper launched KidNation, an edutainment platform geared at educating and inspiring kids through music and music videos infused with positive messages about issues such as inclusion and acceptance and proper hygiene. In an interview with HuffPost, Ludacris said he’d been drawn to start KidNation after having been “influenced by my own children and wanting them to live in a better world than we live in.”

So who makes up the all-female family Ludacris has built:

After dating for roughly five years, Ludacris married Gabonese model Eudoxie Mbouguiengue in late 2014, just hours after the rapper had proposed on a plane en route to Costa Rica. According to Us Weekly, Ludacris had “Eudoxie Will You Marry Me” spelled out in a field their private plane was scheduled to fly over. The couple was then reportedly married later that same day in a small ceremony in front of family and close friends, People reported.

In June 2015, Mbouguiengue announced she and Ludacris had welcomed their first child together. Then while celebrating her birthday in May 2018, Mbouguiengue revealed she’d experienced a miscarriage earlier that year and had needed to have surgery. “This year didn’t necessarily start off right for us. I had a miscarriage and needed to have surgery,” she wrote when sharing the news on Instagram. “I spent hours focusing on the many ways the Lord has blessed me. How could I complain when God has blessed me with the opportunity to already experience motherhood?”

Mbouguiengue shares Cadence Gaelle, now 5, with Ludacris and plays an active role in helping him raise the two older daughters he has from previous relationships.

Ludacris’ eldest daughter is Karma Bridges, a 19-year-old who graduated high school last year and announced plans to attend Spelman College, a private, historically Black women’s liberal art college in Atlanta, Georgia. Born in August 2001, her mother is Christine White, an Atlanta-based attorney who was involved with Ludacris prior to his relationship with Mbouguiengue.

When celebrating Karma’s 16th birthday in 2017, Ludacris described Karma as a “star” and lamented that time was “moving way too fast” for him as her father. “Since the day you came into this word I knew a star was born!” he wrote when marking her birthday on Instagram. “You are the culmination of hard work, dedication, love, honesty, integrity and loyalty. I'm so proud of the woman you are becoming and even more proud of how you are setting such a great example for your little sisters.”

In January 2014, Ludacris publicly announced he had welcomed a baby girl with a woman named Tamika Fuller. At that time, Cai Bella Bridges was roughly one month old, having been born in early December 2013. After a lengthy custody battle, E! News reported Ludacris was awarded full custody of Cai in January 2015.

In an Instagram post celebrating her birthday, Ludacris has noted that no matter how many birthdays Cai celebrates, she “will always be Daddy’s Little Girl.” “Nothing brings me more joy than seeing you with a BIG smile on your face,” he wrote.

Cadence Gaelle Bridges, Ludacris’ youngest daughter, was born in June 2015 and, according to People, her middle name, Gaelle, reportedly means “a father’s joy.” It’s a fitting name for the daughter Ludacris has said “has me wrapped around her little finger.” She’ll turn 6 years old in 2021.

More Like This
Elon Musk Reveals He Gave Himself & His Son X Matching Haircuts In Rare Throwback Pic
The Bear’s Jeremy Allen White Is A Private Breakfast Chef For His Daughters
Nick Cannon Welcomes Baby #8, His First With Bri Tiesi, In Beautiful Home Birth
Princess Charlotte Makes Her Solo Instagram Debut With A Rare Video