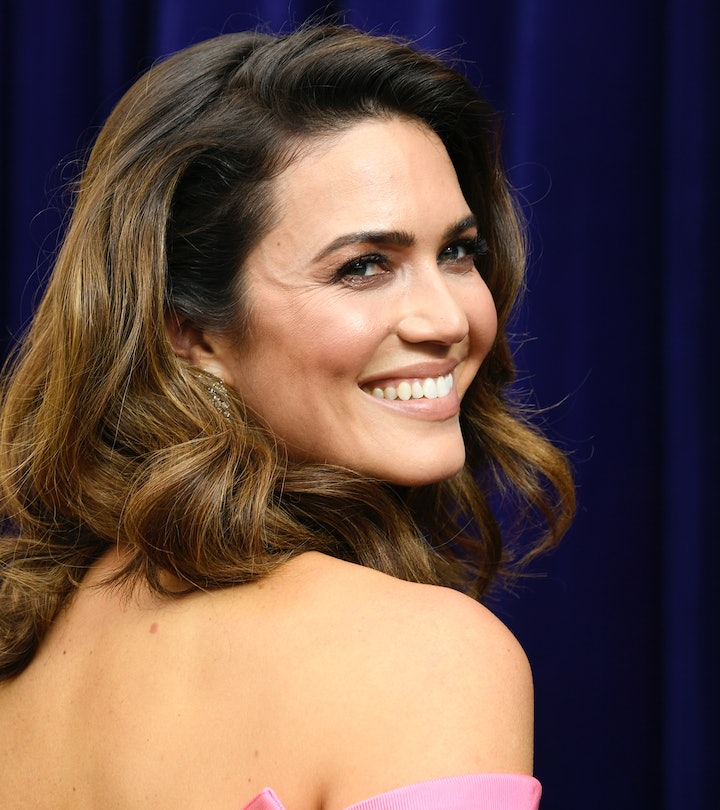 The This Is Us star has revealed she actually lost weight because her morning sickness would last all day.

Two months after announcing she was pregnant with her first child, one soon-to-be mom is grateful to be done with one common pregnancy symptom. In her latest pregnancy update, Mandy Moore revealed she struggled with sickness early in her pregnancy and often couldn't eat, causing her to lose weight.

"I was really sick in the beginning — super sick," Moore said Monday during a virtual interview on SiriusXM's The Jess Cagle Show. "I literally woke up and was sick all day long. I couldn’t eat, I lost a bunch of weight. I just stayed in bed all day."

Moore said she felt lucky that her bout with pregnancy sickness came at a time when she didn't have to worry about showing up to work. "I was home, so I didn't have to miss out on work," she explained. "I don’t know how women do it."

And thankfully, Moore's sickness has since tapered off — something she's also super grateful for. "I know that's not the case for everybody, that [sickness] sometimes can persevere for the entire pregnancy," Moore told host Jess Cagle. "So I'm lucky that that kind of trailed off, and I feel much better now."

In fact, aside from the sickness she felt early on, Moore said she has no complaints about pregnancy. "Beyond that [sickness], I feel like I have my energy back," she said. "I'm feeling good. Like, nope, no complaints."

"Women who have significant morning sickness often lose weight early in pregnancy," the Mayo Clinic has said in a pregnancy-related Q and A. "Only in rare circumstances does this cause problems. The nausea usually subsides over time. As that happens, most women are able to catch up and gain a healthy amount of weight by the end of the pregnancy."

However, the Mayo Clinic has cautioned that people who cannot keep down even fluids during pregnancy should contact their health care provider as they may have hyperemesis gravidarum, a rare but more serious condition.

In a September Instagram post, Moore revealed she was pregnant with what will be her first child with husband Taylor Goldsmith. She's since spoken candidly about her pregnancy, revealing on her Instagram stories in September that she'd developed serious aversions to certain foods and often had to ask her husband to take his meals elsewhere. “Poor Taylor. I was like, ‘Can you go outside and eat? I can’t look at food, I can’t smell food, I can’t think about food,’” Us Weekly reported Moore wrote on Instagram back in September. "I had the worst food aversions, I still can’t think about some things or look at them in the fridge.”

Thankfully, it seems as if Moore has turned a corner and can once again fill her plate without fear of nausea, just in time for Thanksgiving.