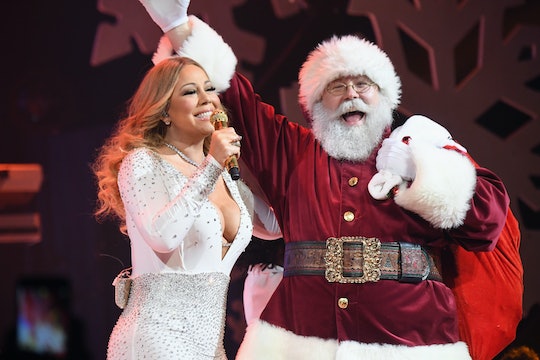 Sleep is the best gift an exhausted mom can get.

Mariah Carey is the indisputable Queen of Christmas. But she’s also a mom to 10-year-old twins, which means the holidays are a particularly exhausting time of year. In fact, Carey recently admitted to Us Weekly that making things special and magical for her children while also working her way through her holiday to-do list leaves her too tired to actually open any of her presents come Christmas morning. Instead, she does what a lot of exhausted moms do on Christmas: she focuses on watching her kids open their gifts and leaves hers to open after she’s gotten a bit of sleep.

“Here’s the thing, I stay up really [late],” Carey recently told Us Weekly when asked about the Christmas traditions she keeps with her family. “We have a lot of traditions and we start doing them all on the 23rd and then every night there’s another thing.”

But facilitating all those magical traditions takes a lot of energy (not to mention a lot of late nights and early mornings), and come Dec. 25 even the Queen of Christmas is pooped.

“So Christmas morning I’ve already been up since 5 a.m. getting everybody’s packages together and this and that,” she said. “[And] I’m just like, ‘You know what? I’m not opening my stuff until the next day.’”

Like a lot of parents, Carey loves to see her children’s faces light up with delight when they find things they’d wished for under the tree on Christmas morning. “I like Christmas morning, them opening up a lot of gifts,” the Grammy award-winning singer said. “It’s fun. There’s really nothing like it.”

While Carey’s unusual tradition of opening her Christmas gifts later in the day or even a day late was born largely from exhaustion, she told Us Weekly it also allows her to be more present in the activity. “I just prefer to wait until I can actually look at it and, and be, like, ‘Oh, this is amazing,’” she told the magazine. “That means not when I just haven’t even slept. I go back to sleep and then, like, have the afternoon kind of moment.”