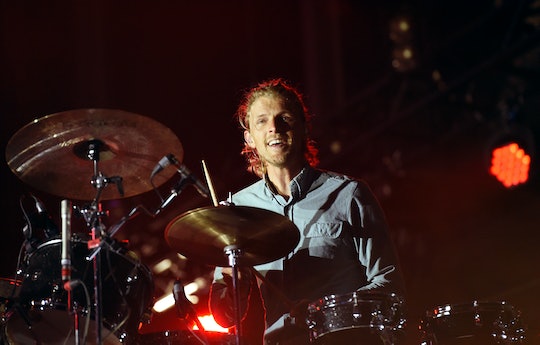 “I became a father to a now 2-year-old daughter who has really changed the way I feel about living my life on tour.”

After more than 10 years of keeping the beat for Foster The People, drummer Mark Pontius announced he’s leaving the indie pop-rock band to focus on fatherhood. Pontius founded Foster The People alongside lead vocalist Mark Foster in 2009 but said Wednesday that his life had “changed in every way” since then, including with the birth of his daughter.

“I’ll just rip off the band-aid and say that I’ve decided to leave the band I helped start 11 years ago, Foster the People," Pontius wrote in a lengthy statement shared on the band’s official Instagram page Wednesday. “I’ve grown up a lot since we started out, and in the couple of years since our last live show, my whole life has changed in every way. I’ve had a lot of time to myself to reflect on what truly matters. Among those things, I became a father to a now 2-year-old daughter who has really changed the way I feel about living my life on tour.”

Pontius went on to explain that he now finds himself drawn to things that enable him to stay closer to home. “I’ve seen the world (a couple of times) and I really checked everything off my career bucket list,” he said. “Now my aspirations are more about hanging out here in nature and watching my child grow up.”

In September, Pontius shared photographs of himself and his daughter exploring a wooded area and throwing rocks into a lake. He has also recently been romantically linked to comedian Jessa Reed, whom he said he was “madly in love with” last month.

“Never in my life have I felt so understood and seen by another human being,” Pontius said of his relationship with Reed on Instagram. “So supported and unconditionally loved.”

On Wednesday, Pontius told fans he’d spent the last two years “closing out” various huge chapters of his life. “After a lot of back and forth, I’ve accepted that I’m ready for this one to close as well,” he wrote. “I’m saying goodbye and moving on as of today.”

Foster The People is expected to play three shows at The Wiltern in Los Angeles to commemorate the 10-year anniversary of their first album Torches. At the moment, it remains unclear who will fill in for Pontius for those shows. What’s more, Pontius hasn’t completely dismissed the idea of working with Foster, or fellow Foster the People bandmates Sean Cimino and Isom Innis ever again.

“I will miss Mark, Isom, and Sean, they are my family forever and I’m sure we will work together again one day,” the drummer said Wednesday. “As for me, I’ve got a few ideas for the future but I’m just going to take it one day at a time for now.”