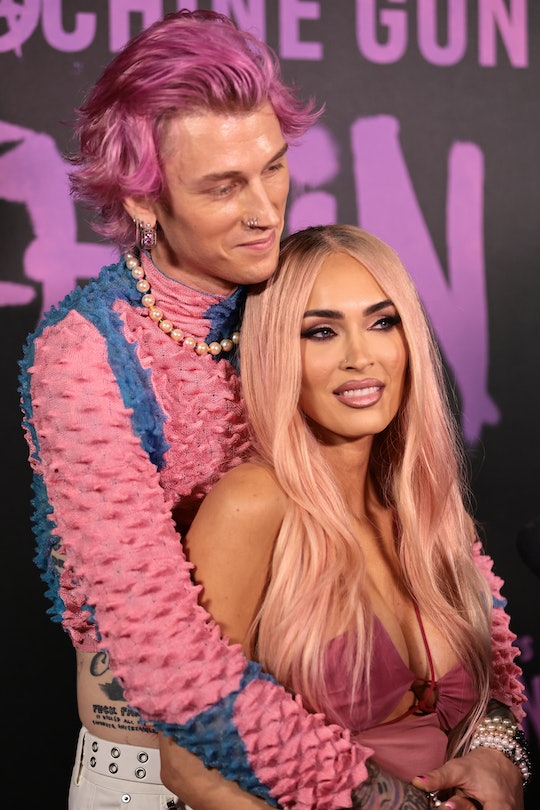 Research backs her up!

Dating can be complicated as you try to get to know someone on a deeper level. And when you’re a famous actress and a single mom, you might have to be a little creative when vetting potential suitors. Luckily, Megan Fox is unafraid to dive deep. On the red carpet for Machine Gun Kelly’s (whose real name is Colson Baker) Hulu documentary, Life in Pink, on June 27, the actress told E! that when she was dating her now fiancé, she asked him a very unique question: “Were you breastfed by your mother?”

Not your typical first date question! But then again, for the Jennifer’s Body star and “Emo Girl” rapper who “asked for magic” and “drank each other’s blood” when they got engaged on Jan. 11, 2022, “typical” isn’t really in their vocabulary. The actress, who is mom to Noah, 10, Bodhi, 8, and Journey, 5, with ex Brian Austin Green, also shared her unusual reasoning behind her “great question” with E!.

“It has a lot to do with your psychology and your temperament,” she told the outlet. “So I ask things like that.”

She intentionally chooses questions that cause conversations to “go deep right away,” adding, “If you know me and I know you, it's impossible for me to not know almost everything about you."

All parents know that “Fed is Best” when it comes to feeding babies breast milk or formula, but does nursing your baby actually affect their psychology and temperament?

A 2018 study found that there are “critical and far-reaching psychological effects of breastfeeding in children and their mothers,” including “improved cognitive performance and socio-affective responding.” The former is related to fatty acids in breast milk and their effect on brain development and growth of white matter tracts. The latter is related to the stimulation of oxytocin and its role in “promoting positive affect and approach behaviors, while reducing stress and avoidance behavior.”

The American Psychological Association (APA) found that the bonding benefits experienced by a mother and her breastfed child extends “well past the infant and toddler years.” It’s linked to higher maternal sensitivity, defined as a mother’s responsiveness to her child, her emotional tone, her flexibility in behavior, and her ability to read her child’s cues, according to the APA.

Fox’s question was a legitimate insight into the way Machine Gun Kelly may have bonded with his mother as a baby, and the benefits he may have received if he was a breastfed infant. However, there are many other ways mothers and fathers can build strong connections with their babies even if they weren’t breastfed. So, this may have told her something about MGK’s psychological makeup, but it definitely wasn’t the only thing that influenced his personality as an adult.

The Transformers actress will have to turn to other things to paint a complete picture of her rapper fiancé, who is a dad to Casie, who turns 13 this month, with ex Emma Cannon. Fox told Glamour UK in April, “I read tarot cards and I’m into astrology and I’m doing all these metaphysical practices and meditations. And I do rituals on new moons and full moons, and all these things.”

In the same interview, Fox added, “Me just being free and having fun with how I am and my personality is very provocative for people. I trigger the people who I trigger. That is something that I, as a famous person, do. That is my purpose in a lot of ways.”

Fox may be provocative to some, but her breastfeeding ultimately led her to the man she’s going to marry.