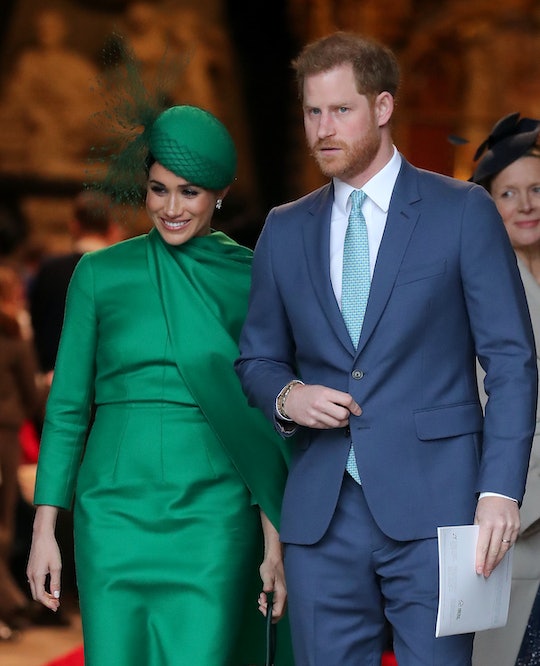 With a special nod to Princess Diana.

In a Valentine's Day announcement that warmed the hearts of royal-watchers the world over, Prince Harry and Meghan Markle revealed that baby #2 is on the way.

“We can confirm that Archie is going to be a big brother. The Duke and Duchess of Sussex are overjoyed to be expecting their second child," a spokesperson for the couple said in a statement, with similar sentiments being expressed from Buckingham Palace.

"Her Majesty, the Duke of Edinburgh, Prince of Wales and the entire family are delighted and wish them well," a spokesperson for the Palace said.

Archie's younger sibling will be the fifth grandchild for Prince Charles and the late Princess Diana. Interestingly enough, the little one already has a connection to his grandmother. Princess Diana announced her pregnancy with Harry on Valentine's Day, too, in 1984.

British-Nigerian photographer Misan Harriman, a friend to the couple, used an iPad to capture the image, reported MSN. It's casual and lovely, just the vibe you'd expect from the pair. As pointed out by TODAY, this baby is also a rainbow baby (the term for a baby born after a miscarriage or infant loss, which Markle experienced in 2020). Markle wrote about the experience at the time, and her hopes for healing.

Congratulations to the family and best wishes!