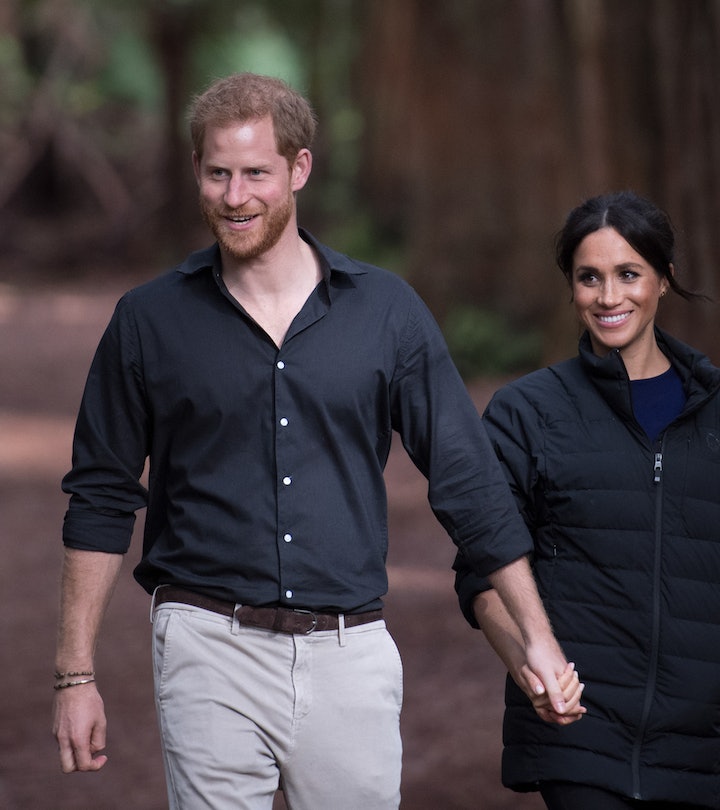 The red-headed 19-month old is beyond cute.

Despite celebrating the holidays more than 5,000 miles away from the rest of the royal family, the Duke and Duchess of Sussex upheld a longstanding holiday tradition Wednesday when they released their family Christmas card. Of course, the best part is that Meghan Markle and Prince Harry's sweet Christmas card gives us an updated look at Archie and confirms the 19-month-old has indeed inherited his dad's red hair.

More Like This
Meghan Markle & Prince Harry Donated Cute Beanies For Archie’s 2nd Birthday
“He Is Hysterical”: 12 Of Meghan & Harry’s Cutest Quotes About Archie
20 Memorial Day Movies To Watch As A Family This Year
Kate Middleton & Prince William Just Shared The Most Adorable Video With Their Kids

"Wishing you a very merry Christmas and a happy New Year," reads -the front of the card, which was released by the UK-based animal welfare charity Mayhew, read.

It featured an illustration of a photograph Markle's mother, Doria Ragland, took of the family earlier this month, a spokesperson for the Duke and Duchess of Sussex told CBS News. In the illustrated photo, Markle and Harry can be seen playing with Archie and their two dogs, Pula and Guy, in front of a playhouse at their home in Montecito, California. To the left of the family stands a small Christmas tree in a red pot, which the Sussex's spokesperson told CBS was decorated with homemade ornaments selected by Archie.

"The small Christmas tree, including the homemade ornaments and other decorations, were selected by Archie, and the tree will be replanted after the holidays," the news outlet reported the spokesperson said.

While the illustrated nature of the card makes it difficult to clearly see Archie's face, there's one detail you can't miss: his red hair. The tot appears to share his dad's ginger locks.

“This year we, as a family, have made donations to several charities with you in mind," Mayhew, a charity Markle has been a patron of for the last two years, reported a message inside the Sussex's card read. "From a local California organization that helps families transition out of homelessness, to two of our U.K. patronages: one that supports animal and community welfare, and the other, a memorial fund for a cherished friend that helps to educate children and fight poverty in Uganda, we have honored their work on behalf of all of us.”

Mayhew also confirmed Wednesday that the Sussex's holiday giving included a donation to the animal welfare non-profit. “We are delighted to have the Duchess of Sussex as our Patron, and she has shone a huge light on our community-based animal welfare work over the last two years," Mayhew CEO Caroline Yates said in a statement released by the organization. "We were especially honored to recently receive a personal donation from the Duke and Duchess, which will enable us to help even more cats, dogs and pet owners in need over this tough winter period.”

Of course, Prince Harry and Markle aren't the only royals to release a holiday card this year. Prince Charles and Camilla released their holiday card, which featured a photograph of the couple enjoying the colorful gardens at Birkhall, Scotland, last week. Prince William and Kate Middleton also released their card last week, which featured a recent family photo of them and their three children.