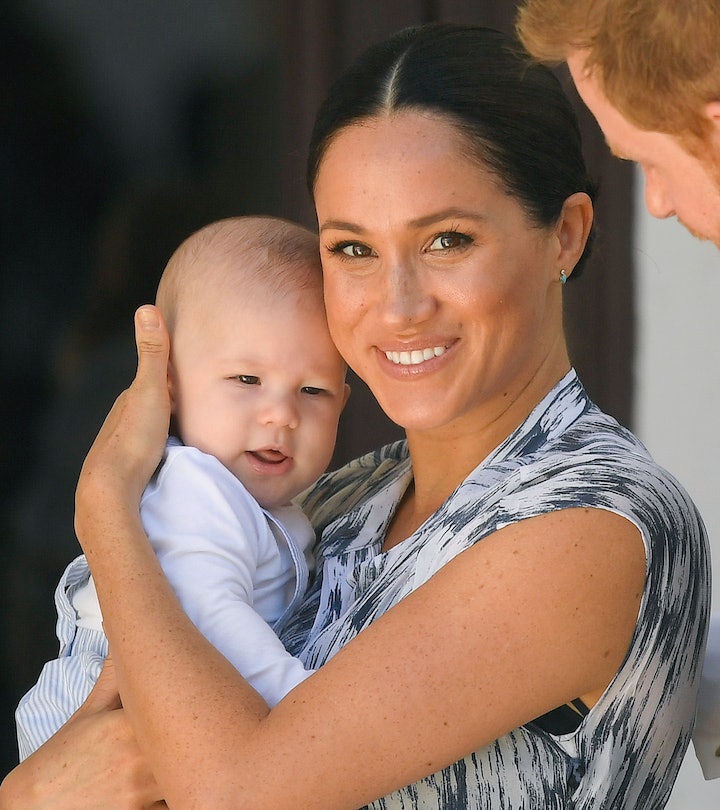 But not at her request.

The Duchess of Sussex is speaking out after British tabloids alleged she'd secretly sought to erase her name from her child's birth certificate. A spokesperson has since confirmed Meghan Markle's name was removed from Archie's birth certificate, but stressed the change did not come from Markle herself.

The Sun was the first to report that Archie's birth certificate was modified shortly after his birth. According to the tabloid, Archie was born May 6, 2019, and his birth was officially registered later that month on May 17 with a birth certificate that listed his mother as "Rachel Meghan Her Royal Highness The Duchess of Sussex." However, on June 9, 2019, roughly a month after he was born, a change was made to remove "Rachel Meghan" from Archie's birth certificate, leaving just "Her Royal Highness the Duchess of Sussex."

The tabloid went on to speculate the decision to remove Markle's given names could have somehow been an attempt to "snub" Kate Middleton, whose first and middle names reportedly appear on her children's birth certificates. The Sun also speculated the change to Markle's name might have been an attempt to align her with Princess Diana, who often used just "Her Royal Highness the Princess of Wales" as a title.

A spokesperson for the Duke and Duchess of Sussex, however, has said the change in Archie's birth certificate had nothing to do with the couple. "The change of name on public documents in 2019 was dictated by The Palace, as confirmed by documents from senior Palace officials," a spokesperson for Meghan said in a statement provided to royal reporter Omid Scobie. "This was not requested by Meghan, The Duchess of Sussex nor by The Duke of Sussex."

The Sussex's spokesperson went on to condemn The Sun and other British tabloids that picked up the story and further speculated on the change, such as The Daily Mail. "To see this U.K. tabloid and their carnival of so-called 'experts' chose to deceptively whip this into a calculated family 'snub' and suggest that she would oddly want to be nameless on her child's birth certificate, or any other legal document, would be laughable were it not offensive," the spokesperson said.

"There's a lot going on in the world; let's focus on that rather than creating clickbait," the spokesperson continued.