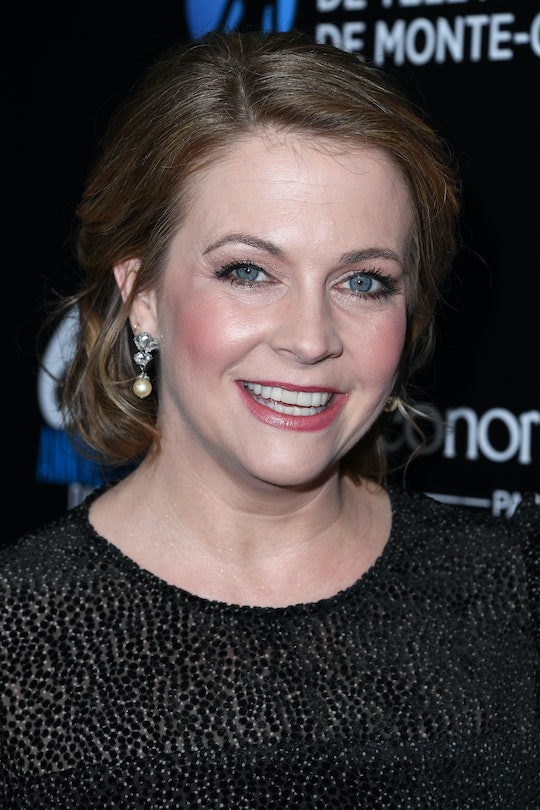 On Thursday, Clarissa Explains It All actress Melissa Joan Hart took to Instagram to announce via video that she had a breakthrough case of Covid. Though fully vaccinated, she says she likely contracted the illness from one of her sons bringing it home with them from school. “I am vaccinated and I got Covid, and it’s bad,” she said from her bed. “It’s weighing on my chest, it’s hard to breathe.” She also said that one of her kids also likely has the virus and that she’s hoping it doesn’t spread within the family. “Because if someone has to be taken to the hospital,” she says, her voice quavering with emotion. “I can’t go with them.”

Hart says that despite her family’s efforts in masking, minimizing exposure, and vaccinating, she’s “disappointed” in herself, as well as with some leaders and others who didn’t do everything they could have to prevent the spread of the illness. “I think as a country we got lazy, and I’m really mad my kids didn’t have to wear masks at school.”

Hart moved to Tennessee last year with her husband, Mark Wilkerson, and sons Tucker, 8; Braydon, 13; and Mason, 15, where Governor Bill Lee announced on Monday that parents were allowed to opt their children out of school mask mandates. According to the CDC, it is also among the states with the lowest vaccination rates among children – only 17% of teens are vaccinated against the coronavirus.

No one knows precisely how common breakthrough cases – Covid diagnoses that come after full vaccination – are. The CDC stopped tracking those that did not result in hospitalization or death back in May. Between January and April, however, the agency found just over 10,000 breakthrough cases among 101 million fully-vaccinated individuals who exhibited mostly asymptomatic or mild cases; in other words, .0001% of vaccinated individuals. The unvaccinated remain the primary victims of this illness, accounting for the vast majority of hospitalizations and 99% of Covid deaths as of July.

Unfortunately, that number is likely rising due to the mutated Delta variant, according to The New York Times, which was not as prevalent in the country when the CDC found its initial findings, necessitating new masking guidelines in areas of high transmission. Since May, the agency has recommended masking in schools, which has proven an effective strategy in combatting the virus among children.

Fortunately, Hart also shared that her youngest child wore his mask to school every day because he was used to it from the year before. “Now if he does get it I can at least tell him he was a superhero to those in his classroom because he protected his teacher and his classmates from it.”