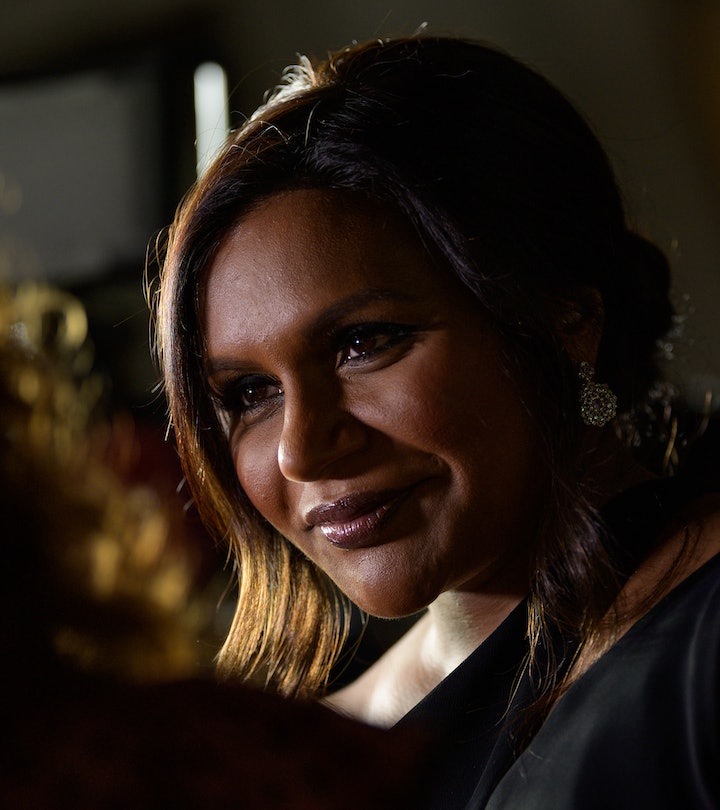 For Mindy Kaling, Welcoming A New Child During Quarantine Had Its Perks

Including the fact that everyone else in the world is also wearing sweatpants.

Three months after welcoming her second child, the creator of Never Have I Ever is opening up about what it was like to be pregnant during a global public health pandemic. As it turns out, Mindy Kaling found being pregnant during quarantine had some pretty great perks.

"I hate to say it but, in terms of giving birth and having a newborn, this has not been the worst time for me," Kaling recently told Health.

In fact, Kaling admitted it was easier to be pregnant this time around as she wasn't under constant public scrutiny and wasn't filming scenes where she had to hide her growing bump or pregnancy weight. “When I was pregnant with my daughter it was on camera," Kaling told the magazine. "I couldn’t just eat whatever I wanted [or] be completely comfortable. Every day I had to show up at 6 a.m., put hair and makeup on, and play a non-pregnant person."

Kaling welcomed her first child, daughter Katherine, in December 2017. Meaning she filmed the entire last season of The Mindy Project while pregnant. She's previously spoken to In Style about how she shot the series' final episode while seven months pregnant but thanks to costume designer Salvador Perez, cinematographer Marco Fargnoli, and executive producer Michael Spiller no one can tell.

But because the ongoing coronavirus pandemic brought public events and in-person work on most TV and film projects to a screeching halt, Kaling found she didn't need to put as much effort into hiding her second pregnancy. Hiding a pregnancy during a pandemic was so easy for Kaling that she managed to keep both her pregnancy and the birth of her son, Spencer, a complete secret until roughly a month after his arrival.

In October, Kaling told Stephen Colbert that she expected news of her pregnancy to get out after the Daily Mail ran photos of her out shopping while eight months pregnant. "They ran this photo of me and I look very pregnant, I would say," Kaling told Colbert. "I think this is what's funny: they were too nervous to claim that I was pregnant that it was almost more insulting. They were like, 'Oh yeah, Mindy Kaling just looks like this.'"

Of course, being able to keep her pregnancy on the down-low wasn't the only perk of welcoming a new child during the pandemic. Stay-at-home orders also gave the typically busy working mom more time with her children. “I’ve been forced to stay at home more with my kids,” Kaling told Health, something she didn't get when her daughter was born in 2017. “I was traveling to New York and London promoting movies when my daughter was two months old so this has been nicer."