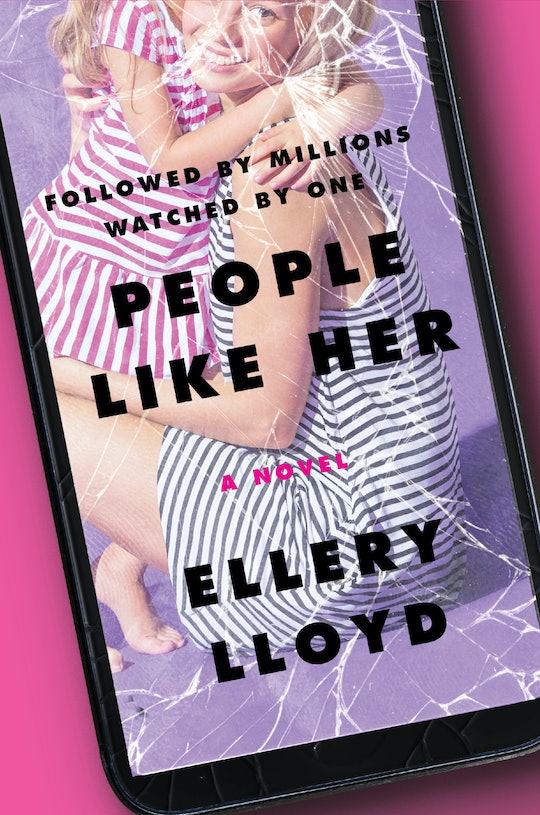 ‘People Like Her’ & The Moms We Love To Hate

She assures all the tired, miserable, bored mothers of the world searching for answers that she’s “just like us.” Except of course, she isn’t.

If you’re a mother searching for answers, there’s a momfluencer who can help. Anti-vaxxing momfluencers will sell you essential oils to cure whatever ails you. Fashionista momfluencers will sell you hair extensions to mask those pesky postpartum flyaways. QAnon momfluencers will assure you that Trump has been divinely appointed to save us from child traffickers. But momfluencers also provide empowering information about reproductive rights and birth trauma. They provide product reviews for hands-free breast pumps. They share lists of the best anti-racist board books. They offer discount codes for silk pillowcases that might not help with postpartum flyaways, but will at least give you a moment of soft grace before falling asleep.

Momfluencers both alienate mothers with their unattainable perfection and provide us with a vital sense of community in a culture that consistently devalues our labor and wholly neglects our collective need for support. Until recently, momfluencer culture at large has been ridiculed as guilty pleasure froth, but momfluencers hold an inordinate amount of power over cultural conceptions of motherhood, and, as in the new novel People Like Her, by husband and wife duo Ellery Lloyd, over our most intimate personal choices.

In People Like Her, Londoner Emmy Jackson is known to her Instagram followers as Mamabare. Mamabare is the quintessential “real mum,” which any momfluencer aficionado knows is a bona fide momfluencer category. A former magazine executive, Emmy approaches her career as a momfluencer, which ultimately supports her entire family, with a coldly systematic fervor. She researches the various momfluencer niches to find one that will amass her the most followers (and most lucrative promotional deals), and discovers that in the UK, “nobody likes a show-off. We want naturally pretty women, goofy grins, rainbow colors, honest captions, and photogenic disarray.”

Shrewd business woman that she is, Emmy crafts an Insta persona who is all about “embracing” leaky boobs and reminding mamas that “they are enough.” She deliberately retains baby weight to remain “relatable,” and she assures all the tired, miserable, bored mothers of the world searching for answers that she’s “just like us.” Except of course, she isn’t.

I text a friend a photo of the sweater and she responds by saying, “Ugh I hate how much I love her.”

At one of her #greydays meet-ups, during which Emmy connects with her followers, she meets new mom Grace, who asks her desperately for help with baby sleep. Despite being #blessed with two good sleepers, Emmy rattles off some pat advice and assures Grace she’s the best mother for her children. What follows is a string of harrowing events that usher a stalker with a personal vendetta into Emmy’s life. A thriller to the end, People Like Her is a timely study on the consequences of allowing complete strangers to influence us IRL, especially as it relates to the vulnerable, private work of mothering.

My personal momfluencer catnip of choice is the cool girl turned cool momfluencer. She’s real in that she acknowledges screentime is a form of childcare but she’s cool because her kids watch Fantastic Mr. Fox not Paw Patrol. I go to her when I’m sick of my own monotonous mom woes, and am heartened to read that she’s scrubbing pee stains from her baby’s mattress; I smile to see her wearing mismatched socks. Oh you, I think, as if “you” is someone I know. I keep scrolling her account until I’m no longer reading her quippy, sardonically dark captions and focusing instead on the poreless-ness of her nose and her ability to gaze unsmilingly into the camera without looking like a tired, stressed out harpy, which is what I most resemble when I attempt similar selfies. Before I know it, I’ve sidled over to Poshmark to search for “knock off Misha and Puff sweaters,” where I spend 45 minutes bidding on various piles of citron colored bobbly wool. When one of them eventually arrives in the mail I put it on and look like me — a tired, stressed out harpy. Except wearing a yellow bobble sweater. I text a friend a photo of the sweater and she responds by saying, “Ugh I hate how much I love her.”

“They do super unsafe stuff with them a lot but the kids seem happy. One of them was peeling root vegetables the other day and it was really cute.”

My fascination has turned into something of an obsession, and my Instagram feed is currently packed with momfluencers that I both love and hate because I’m, yes, researching momfluencer culture for a book. Before I could justify the hours I spend in contemplation of how Taza’s move to Arizona has impacted her brand, I had contained my analysis of my momfluencers’ various hijinks to text threads with friends, and was naively unaware that entire websites and Reddit Blogsnark threads exist for a similar purpose. On one such thread a reader writes: “She really looks dead behind the eyes in her latest Insta post and stories. Also it's completely irresponsible to let a toddler play on a hoverboard.” Another says, “They do super unsafe stuff with them a lot but the kids seem happy. One of them was peeling root vegetables the other day and it was really cute.”

In People Like Her, Emmy Jackson is acutely aware that every caption and photo will be scrutinized both in comments and on websites like Blogsnark. And her drive to be “real” online stems from her observation that mothers need sanctuaries (even if those sanctuaries are strangers’ Instagram feeds) in which they can share their darkness (or their #greydays) without being judged. “The last thing I want to do is make a woman feel like she’s not living up to some impossible maternal standard, so I invented the perfectly imperfect mama for my followers. Because only when you become a mother do you realize just how much judgement there is lurking around every corner.” The horror of Emmy lies in the fact that she legitimately offers mothers a digital shoulder to cry on, but, as she says in the novel, these women love her “because this is my job — a job I happen to be very, very good at.” (Italics, Ellery Lloyd’s.)

One of my fave “hate-follows,” for example, creates content from her bare-bones “living off the land” lifestyle when in fact her husband owns an investment firm and is the son of a major airline tycoon.

Ultimately, it is Emmy’s prowess as a “real mom” momfluencer that compels her use the bulk of her energy to perform her motherhood online. Her daughter Coco’s fourth birthday is planned by Emmy’s manager to unveil a new hashtag (#yaydays), and by the end of the book, the little girl has formed a disconcerting habit of analyzing her own selfies as the result of seeing her mother’s focus entirely trained on the universe within her tiny phone. I had to stop myself from literally searching for @Mamabare on Instagram so I could follow her.

The novel dives deep into the complicated truth that “the line between the fans and the haters is thinner than you might think.” And while I’m confident not all momfluencers are two-dimensional creations, and not all of us blithely hate-following a momfluencer or two are sadistic stalkers, the book is a must-read for anyone eager to plumb the depths of her own preoccupation with momfluencer culture.

Many real momfluencers, like Emmy, sell us a version of motherhood often at odds with their actual off-camera lives. One of my fave “hate-follows,” for example, creates content from her bare-bones “living off the land” lifestyle when in fact her husband owns an investment firm and is the son of a major airline tycoon. I know this because I did some Google sleuthing after being tipped off by several commenters on BlogSnark.

Thousands (137K to be precise) of followers, most presumably women and mothers, are influenced by this momfluencer’s performance of motherhood which is always joyful, always patient, and seemingly always fulfilling. But maybe, just maybe, she has so much fun making videos of herself sweeping a trashed kitchen because she has full time childcare, a weekly house-cleaner, and tutors to help her homeschool. We can never really know what happens outside of an Insta-story frame. Still, she makes me feel bad that I can’t seem to appreciate the #happynow in my own scouring of spaghetti sauce stained sinks. For me, she embodies what Emmy’s husband identifies as the Kierkegaardian concept of ressentiment, “the projection of all one’s own feelings of inferiority onto an external object, another person, someone you both hate and envy and also sometimes secretly wish to be — or at least tell yourself you could be. Could have been.” And still, I keep scrolling.