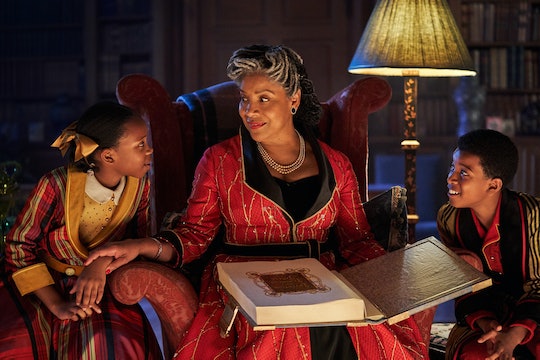 Psst! You can get a jump start on your family's holiday movie marathon when Netflix's festive new Christmas flick, Jingle Jangle: A Christmas Journey, premieres in November. And not only does the original family-friendly holiday musical tell a touching story about a toymaker set in a whimsical town, but it also features an all-star cast of celebs like John Legend and Keegan-Michael Key.

Jingle Jangle: A Christmas Journey, which features an all-Black cast and original songs, is coming to Netflix on Nov. 13. The streaming service's new holiday flick stars Forest Whittaker as Jeronicus Jangle, a legendary toymaker in the vibrant town of Cobbleton. But drama ensues when Jeronicus' latest invention, a robot named Buddy, is stolen by his former trusted apprentice, who is perfectly portrayed by the hilarious Keegan-Michael Key. It's ultimately up to his granddaughter, played by Madalen Mills, to save the day.

"This is the first place where I've ever been where I finally felt like I belong," she says in the trailer. "We have to get Buddy back."

To get a better taste for what's in store, the trailer for the film released this week is filled with amazing animation, fun dance montages, and a snippet at the songs to come from it.

It might be hard to believe, but Jingle Jangle: A Christmas Journey is Netflix's first ever live-action movie musical, as Variety reported, featuring new original songs from John Legend and Usher. The film's writer and director, David E. Talbert, told Entertainment Weekly that this film is one of a kind. "It's something we've never seen," he told the news outlet. "And when you watch it, you realize it's something we should have seen."

While the movie won't come to Netflix until next month, you can already listen to the first song from the film, "This Day," performed by Usher featuring Kiana Ledé. As you might have expected, it's a bop.