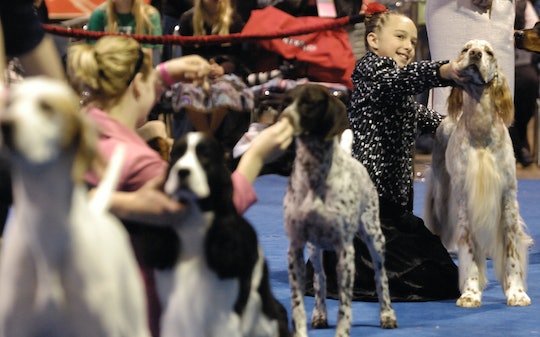 So brush off the late-night festivities of New Year’s Eve and get ready to cheer on your favorite breed.

For many animal lovers, there’s no better way to kick off the New Year than watching a whole bunch of very good dogs compete in the American Kennel Club’s (ACK) annual flagship event. With over 5,000 purebred dogs in all shapes and sizes, hailing from 50 states and 22 countries, this event is sure to be the most exciting one ever. Here’s when and where your family can unleash this competitive event that celebrates man’s best friend.

Dog lovers won’t have to wait too long to watch their favorite Shih Tzu or German Shepherd prance across the event’s infamous red carpet. The AKC’s 2022 National Championship will air on Jan. 1, 2023, on ABC beginning at 2 p.m. ET.

AKC executive secretary and spokesperson Gina DiNardo is set to host alongside sportscaster Carolyn Manno for the national television broadcast. From the most obedient breeds to the too-cute-for-words puppies, there’s an entertaining event in store for everyone.

The yearly event is also available to stream for for free.

If you’re a bit too partied out from the bubbly to watch the broadcast on television, you can also catch the show when it’s more convenient for your schedule (or whenever that hangover finally fades). The previously-recorded championship can also be streamed on-demand via the AKC’s website. With the click of a button, you’ll feel like you’re sitting right in the stands in sunny Orlando, Florida catching the doggy spectacular! You can download the AKCtv mobile app for your smartphone or stream AKCtv on your favorite device.

Don’t miss out on the diving dogs.

Who can resist watching a dog fearlessly dive into a body of water to retrieve his favorite toy? One of the fastest growing sports in the canine competition is Diving Dogs, and apparently any water-loving dog who knows how to swim and has a passion for fetching can jump on in.

The rules are simple and laid out by the AKC: “You throw your dog’s favorite toy into a pool while he waits on a dock about 40 feet long. On your command, he runs along the dock, flings himself off the end of it, lands in the water and grabs his toy. The goal? To have the longest jump possible, which could be as short as two feet for beginners, but could be as much as 30 feet for those more experienced!”

The 2022 AKC National Championship was held in mid-December at the Orange County Convention Center in Orlando, Florida. More than $150,000 in prize money was awarded this year, with The Best in Show winner receiving $50,000. If you’re dying to know which dog was named Best in Show (but don’t want to ruin it with the online spoilers) tune in to ABC on Sunday, Jan. 1 to find out who takes home the big prize.

This article was originally published on Dec. 31, 2020