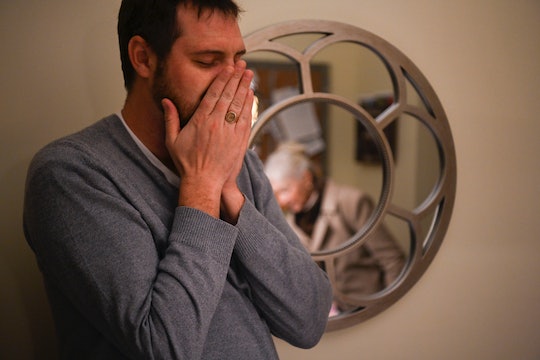 The True Story Behind The Netflix Documentary Our Father

The documentary tackles the disturbing facts of the case against former fertility doctor Douglas Cline.

Our Father, a new crime documentary coming to Netflix, tells the extraordinary story of a fertility doctor betraying his patients’ trust by using his own sperm to conceive at least 90 children. But what is the true story behind Our Father? The case has made headlines over the past few years, so we know many of the details that will likely be covered in the documentary. Note: Spoilers for Our Father are ahead.

Our Father centers around Douglas Cline.

Douglas Cline was a respected fertility doctor in Indianapolis, Indiana who practiced from 1979 to 2009. Major reports about the ensuing case — like one from Indianapolis Monthly and an April 2019 article in The Atlantic by Sarah Zhang (the two main sources for this explainer) — paint a picture of pre-scandal Cline as a pillar of the community, a “doctor’s doctor,” and a man of faith who was active in his evangelical church. Indianapolis Monthly reports that his friend William Chapman would later write to Marion Superior Court Judge Helen Marchal saying, “He was the doctor other physicians chose for their own families with infertility or OB-GYN needs.” He might have remained in universally good standing if not for at-home DNA tests like Ancestry.com and 23andMe.

As the testing services became more popular, some individuals, mostly all born in the 1980s, discovered a slew of half-siblings, mostly in the Indianapolis area. After a bit of digging, they all found their parents had utilized the services of Dr. Cline. Some dug deeper and eventually back-solved their ancestry to discover the surname “Cline” kept popping up in mutual matches.

While Cline claimed that sperm donations came largely from medical residents, The Atlantic reports (more on that in a minute), he was ultimately compelled him to take a DNA test which substantiated the half-siblings suspicions: Cline was their biological father.

While, certainly, there is a dark and disturbing aspect of this story, there’s a practical component as well. Patients seeking artificial insemination today can flip through binders of potential donors and examine medical histories, personalties, IQs, and more in granular detail, but that was not the case before the late ‘80s. There were no large sperm banks. Donations often were made by medical residents. Moreover, fertility technology was not what it was today — pregnancy was more likely with “fresh” sperm rather than frozen. As such, coordinating donors with patients’ ovulation cycles proved difficult, particularly in a busy practice like Cline’s. Easier, then, to provide a sample while the patient was on site... easier, but more insidious.

By 1988, the AIDS crisis prompted governing medical bodies to strongly urge practitioners to use frozen sperm, which would enable doctors to screen donors more thoroughly for sexually transmitted diseases. This incidentally coincides with the period, according to The Atlantic, that Cline stopped using his own sperm in his practice.

Angela Ganote, a Fox59 reporter based in Indianapolis, first broke the story in 2015 and now reports that 90 children were conceived with Cline’s sperm.

Reaction has been varied among the half-siblings and their mothers.

While many of the half-siblings have connected — not just in their legal efforts against Cline, but socially — others are happy to ignore the bizarre story of their paternity entirely. Similarly, their mothers’ reactions have ranged considerably, according to The Atlantic, from “Well good” (why not Dr. Cline’s sperm? A donor was required in any case) to feeling as though each procedure, in retrospect, was like a rape.

This case, while extraordinary, is not an isolated incident.

While the prolific number of children conceived with Cline’s sperm — at least 50 by his own admission — is notable, cases of doctors impregnated patients using their own sperm abound. Connecticut, Virginia, Idaho, Vermont, Iowa, New York, Michigan, and the Netherlands are just some of the places with similar cases. In Canada, former doctor Norman Barwin was found to have used his own sperm to impregnate at least 17 patients, who settled a civil suit against the disgraced doctor last year for $13.3 million. Like Cline, Barwin had previously he had been appointed to the Order of Canada, the country’s second highest civilian honor, for his contributions to women’s reproductive health.

Among the wildest aspects of cases like Cline’s is the fact that in most situations, technically, no crime has been committed — fertility fraud is currently only illegal in seven states, though others have considered laws aimed at criminalizing the practice. For the harm he caused to dozens of families, according to The Atlantic, Cline’s legal consequences have all come from technicalities and amounted to a one year suspended sentence, $500 fine, probation, and being stripped of his medical license nine years after he retired.

Cline has avoided talking to the press.

Cline has kept a low profile, but as of 2019 he was still living in Zionsville, Indiana, a suburb of Indianapolis. Various news outlets who have attempted to talk to the former doctor have been directed to his lawyer, medical malpractice attorney Peter Pogue. When approached by Indianapolis Monthly, Cline described reporter Adam Wren as “only about the 100th person,” who wanted to talk to him about the case.

Though The Atlantic reports that Cline told Jacoba Ballard, the woman who initially delved into the case, that doing so was taking a toll on Cline’s marriage, Audrey Cline defended her husband in the presence of Wren. “It’s old news,” she said. “It’s just that one woman who’s upset that she has a life.”

Cline does not appear, at least from the Netflix trailer, to be included in the documentary, and certainly his past interactions with media attention for the case would support the idea that we may not hear from him on the case. However, a number of his biological children and patients, law enforcement, lawyers, and Ganote (the reporter who broke the case) are involved.