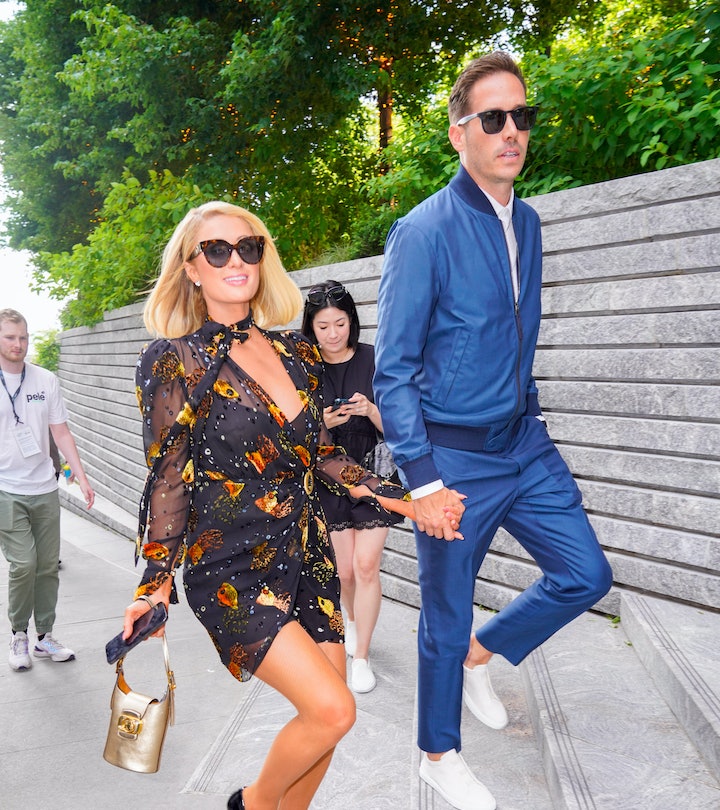 The socialite revealed she’s focusing on having kids.

Dreams of becoming a billionaire are no longer what fuel Paris Hilton. In fact, despite once declaring she wouldn’t slow down until she’d amassed a billion dollars, the socialite-turned-entrepreneur has revealed she’s more interested in babies these days that she’s found love with venture capitalist Carter Reum.

“[Becoming a billionaire] was such a goal of mine before because I wasn’t happy in my personal life,” Hilton revealed during an interview on the Just for Variety podcast. “Just going through what I went through, I always saw money as freedom and independence, and not being controlled. And I think that’s why I just had that as my focus in life.”

In her This Is Paris documentary, Hilton said dreams of making a billion dollars drove her to turn her party-girl heiress image into a massive business empire that includes branded stores, dozens of perfumes, branded clothing, handbags, accessories, a skincare line, and a podcast, not to mention her career as a singer and DJ. But nowadays, Hilton has found something that interests her more than money.

“Now that I am so incredibly happy and in love in my personal life I’m not really interested in billions anymore,” the 40-year-old told Just for Variety. “I’m more interested in babies.”

According to People, Hilton and Reum knew each other for 15 years before they began dating in 2019 due to their families being longtime friends. The pair apparently connected at a Thanksgiving celebration in the Hamptons, where they shared what Hilton once referred to on Instagram as “electric kisses on the tennis court.”

After dating for a little over a year, Hilton revealed in January that she and Reum had begun exploring in vitro fertilization (IVF). During an interview on The Trend Reporter With Mara, Hilton said she had already undergone egg retrieval, a process in which eggs are removed from the ovaries, “a couple of times.”

“I really do believe that having a family and having children is the meaning of life,” Hilton said on the podcast, adding that she’d been drawn to IVF because she wanted to have a set of twins comprised of one boy and one girl.

Hilton and Reum became engaged in February and the socialite-turned-entrepreneur revealed in a February episode of her This Is Paris podcast that they’ve often discussed starting a family together. “It’s something we’ve talked about a lot since we’ve been together,” People reported she said. "First the wedding, then the babies."